The Twelve Days of Christmas — The Second Day 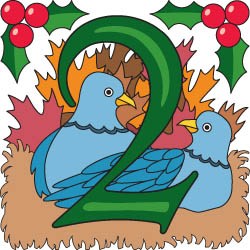 On the Second Day of Christmas, My True Love Gave To Me

My True Love Gave To Me … Two Turtle Doves