The Twelve Days of Christmas — The First Day

The Twelve Days of Christmas
The First Day


The First Day of Christmas 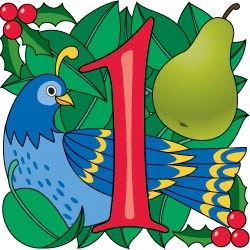 A Partridge in a pear tree

The One true God revealed in the person of Jesus Christ
Posted by Kenny at 2:05:00 AM