The Daily Lectionary for Thursday, September 22, 2022 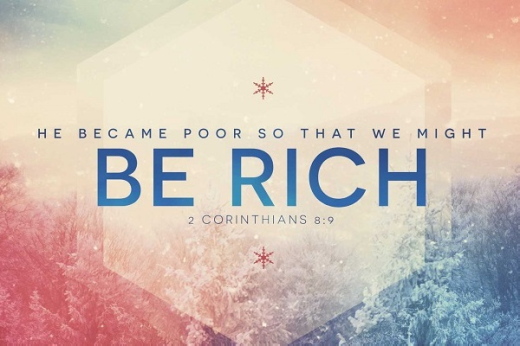 
Assurance of God’s Protection
1  You who live in the shelter of the Most High,
who abide in the shadow of the Almighty,
2  will say to the Lord, “My refuge and my fortress;
my God, in whom I trust.”
3  For he will deliver you from the snare of the fowler
and from the deadly pestilence;
4  he will cover you with his pinions,
and under his wings you will find refuge;
his faithfulness is a shield and buckler.
5  You will not fear the terror of the night,
or the arrow that flies by day,
6  or the pestilence that stalks in darkness,
or the destruction that wastes at noonday.

14 Those who love me, I will deliver;
I will protect those who know my name.
15 When they call to me, I will answer them;
I will be with them in trouble,
I will rescue them and honor them.
16 With long life I will satisfy them,
and show them my salvation.

My heart is crushed within me,
all my bones shake;
I have become like a drunkard,
like one overcome by wine,
because of the Lord
and because of his holy words.
10 For the land is full of adulterers;
because of the curse the land mourns,
and the pastures of the wilderness are dried up.
Their course has been evil,
and their might is not right.
11 Both prophet and priest are ungodly;
even in my house I have found their wickedness,
says the Lord.
12 Therefore their way shall be to them
like slippery paths in the darkness,
into which they shall be driven and fall;
for I will bring disaster upon them
in the year of their punishment,
says the Lord.
13 In the prophets of Samaria
I saw a disgusting thing:
they prophesied by Baal
and led my people Israel astray.
14 But in the prophets of Jerusalem
I have seen a more shocking thing:
they commit adultery and walk in lies;
they strengthen the hands of evildoers,
so that no one turns from wickedness;
all of them have become like Sodom to me,
and its inhabitants like Gomorrah.
15 Therefore thus says the Lord of hosts concerning
the prophets:
“I am going to make them eat wormwood,
and give them poisoned water to drink;
for from the prophets of Jerusalem
ungodliness has spread throughout the land.”

16 Thus says the Lord of hosts: Do not listen to the words of the prophets who prophesy to you; they are deluding you. They speak visions of their own minds, not from the mouth of the Lord. 17 They keep saying to those who despise the word of the Lord, “It shall be well with you”; and to all who stubbornly follow their own stubborn hearts, they say, “No calamity shall come upon you.”

18 For who has stood in the council of the Lord
so as to see and to hear his word?
Who has given heed to his word so as to proclaim it?
19 Look, the storm of the Lord!
Wrath has gone forth,
a whirling tempest;
it will burst upon the head of the wicked.
20 The anger of the Lord will not turn back
until he has executed and accomplished
the intents of his mind.
In the latter days you will understand it clearly.

21 I did not send the prophets,
yet they ran;
I did not speak to them,
yet they prophesied.
22 But if they had stood in my council,
then they would have proclaimed my words to
my people,
and they would have turned them from their evil way,
and from the evil of their doings.


8:8 I do not say this as a command, but I am testing the genuineness of your love against the earnestness of others. 9 For you know the generous act of our Lord Jesus Christ, that though he was rich, yet for your sakes he became poor, so that by his poverty you might become rich. 10 And in this matter I am giving my advice: it is appropriate for you who began last year not only to do something but even to desire to do something— 11 now finish doing it, so that your eagerness may be matched by completing it according to your means. 12 For if the eagerness is there, the gift is acceptable according to what one has—not according to what one does not have. 13 I do not mean that there should be relief for others and pressure on you, but it is a question of a fair balance between 14 your present abundance and their need, so that their abundance may be for your need, in order that there may be a fair balance. 15 As it is written,

The Daily Lectionary is a three year cyclical lectionary. We are currently in Year C. Beginning with the first Sunday of Advent in 2022, we will be in Year A. The year which ended at Advent 2021 was Year B. These readings complement the Sunday and festival readings: Thursday through Saturday readings help prepare the reader for the Sunday ahead; Monday through Wednesday readings help the reader reflect and digest on what they heard in worship. Revised Common Lectionary Daily Readings, copyright © 2005 Consultation on Common Texts. www.commontexts.org
The generous act of our Lord Jesus Christ, that though he was rich, yet for your sakes he became poor, so that by his poverty you might become rich.
Posted by Kenny at 1:10:00 AM