The Daily Lectionary for Tuesday, August 9, 2022 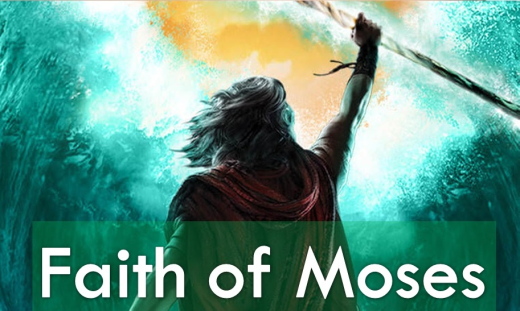 
Song of Trust in God
To the leader. Of David.
1  In the Lord I take refuge; how can you say to me,
“Flee like a bird to the mountains;
2  for look, the wicked bend the bow,
they have fitted their arrow to the string,
to shoot in the dark at the upright in heart.
3  If the foundations are destroyed,
what can the righteous do?”

4  The Lord is in his holy temple;
the Lord’s throne is in heaven.
His eyes behold, his gaze examines humankind.
5  The Lord tests the righteous and the wicked,
and his soul hates the lover of violence.
6  On the wicked he will rain coals of fire and sulfur;
a scorching wind shall be the portion of their cup.
7  For the Lord is righteous;
he loves righteous deeds;
the upright shall behold his face.

4  The earth dries up and withers,
the world languishes and withers;
the heavens languish together with the earth.
5  The earth lies polluted
under its inhabitants;
for they have transgressed laws,
violated the statutes,
broken the everlasting covenant.
6  Therefore a curse devours the earth,
and its inhabitants suffer for their guilt;
therefore the inhabitants of the earth dwindled,
and few people are left.
7  The wine dries up,
the vine languishes,
all the merry-hearted sigh.
8  The mirth of the timbrels is stilled,
the noise of the jubilant has ceased,
the mirth of the lyre is stilled.
9  No longer do they drink wine with singing;
strong drink is bitter to those who drink it.
10 The city of chaos is broken down,
every house is shut up so that no one can enter.
11 There is an outcry in the streets for lack of wine;
all joy has reached its eventide;
the gladness of the earth is banished.
12 Desolation is left in the city,
the gates are battered into ruins.
13 For thus it shall be on the earth
and among the nations,
as when an olive tree is beaten,
as at the gleaning when the grape harvest is ended.


11:17 By faith Abraham, when put to the test, offered up Isaac. He who had received the promises was ready to offer up his only son, 18 of whom he had been told, “It is through Isaac that descendants shall be named for you.” 19 He considered the fact that God is able even to raise someone from the dead—and figuratively speaking, he did receive him back. 20 By faith Isaac invoked blessings for the future on Jacob and Esau. 21 By faith Jacob, when dying, blessed each of the sons of Joseph, “bowing in worship over the top of his staff.” 22 By faith Joseph, at the end of his life, made mention of the exodus of the Israelites and gave instructions about his burial.

The Faith of Moses
23 By faith Moses was hidden by his parents for three months after his birth, because they saw that the child was beautiful; and they were not afraid of the king’s edict. 24 By faith Moses, when he was grown up, refused to be called a son of Pharaoh’s daughter, 25 choosing rather to share ill-treatment with the people of God than to enjoy the fleeting pleasures of sin. 26 He considered abuse suffered for the Christ to be greater wealth than the treasures of Egypt, for he was looking ahead to the reward. 27 By faith he left Egypt, unafraid of the king’s anger; for he persevered as though he saw him who is invisible. 28 By faith he kept the Passover and the sprinkling of blood, so that the destroyer of the firstborn would not touch the firstborn of Israel.

The Daily Lectionary is a three year cyclical lectionary. We are currently in Year C. Beginning with the first Sunday of Advent in 2022, we will be in Year A. The year which ended at Advent 2021 was Year B. These readings complement the Sunday and festival readings: Thursday through Saturday readings help prepare the reader for the Sunday ahead; Monday through Wednesday readings help the reader reflect and digest on what they heard in worship. Revised Common Lectionary Daily Readings, copyright © 2005 Consultation on Common Texts. www.commontexts.org
The faith of Moses and his parents displays the willingness to stand and suffer for their faith.
Posted by Kenny at 1:10:00 AM