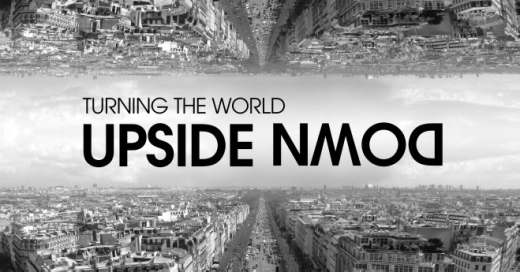 
Prayer for Lifelong Protection and Help
1  In you, O Lord, I take refuge;
let me never be put to shame.
2  In your righteousness deliver me and rescue me;
incline your ear to me and save me.
3  Be to me a rock of refuge,
a strong fortress, to save me,
for you are my rock and my fortress.

4  Rescue me, O my God, from the hand of the wicked,
from the grasp of the unjust and cruel.
5  For you, O Lord, are my hope,
my trust, O Lord, from my youth.
6  Upon you I have leaned from my birth;
it was you who took me from my mother’s womb.
My praise is continually of you.


6:20 Of what use to me is frankincense that comes from Sheba,
or sweet cane from a distant land?
Your burnt offerings are not acceptable,
nor are your sacrifices pleasing to me.
21 Therefore thus says the Lord:
See, I am laying before this people
stumbling blocks against which they shall stumble;
parents and children together,
neighbor and friend shall perish.

22 Thus says the Lord:
See, a people is coming from the land of the north,
a great nation is stirring from the farthest parts of the earth.
23 They grasp the bow and the javelin,
they are cruel and have no mercy,
their sound is like the roaring sea;
they ride on horses,
equipped like a warrior for battle,
against you, O daughter Zion!

24 “We have heard news of them,
our hands fall helpless;
anguish has taken hold of us,
pain as of a woman in labor.
25 Do not go out into the field,
or walk on the road;
for the enemy has a sword,
terror is on every side.”

26 O my poor people, put on sackcloth,
and roll in ashes;
make mourning as for an only child,
most bitter lamentation:
for suddenly the destroyer
will come upon us.

27 I have made you a tester and a refiner among my people
so that you may know and test their ways.
28 They are all stubbornly rebellious,
going about with slanders;
they are bronze and iron,
all of them act corruptly.
29 The bellows blow fiercely,
the lead is consumed by the fire;
in vain the refining goes on,
for the wicked are not removed.
30 They are called “rejected silver,”
for the Lord has rejected them.


The Uproar in Thessalonica
17:1 After Paul and Silas had passed through Amphipolis and Apollonia, they came to Thessalonica, where there was a synagogue of the Jews. 2 And Paul went in, as was his custom, and on three sabbath days argued with them from the scriptures, 3 explaining and proving that it was necessary for the Messiah to suffer and to rise from the dead, and saying, “This is the Messiah, Jesus whom I am proclaiming to you.” 4 Some of them were persuaded and joined Paul and Silas, as did a great many of the devout Greeks and not a few of the leading women. 5 But the Jews became jealous, and with the help of some ruffians in the marketplaces they formed a mob and set the city in an uproar. While they were searching for Paul and Silas to bring them out to the assembly, they attacked Jason’s house. 6 When they could not find them, they dragged Jason and some believers before the city authorities, shouting, “These people who have been turning the world upside down have come here also, 7 and Jason has entertained them as guests. They are all acting contrary to the decrees of the emperor, saying that there is another king named Jesus.” 8 The people and the city officials were disturbed when they heard this, 9 and after they had taken bail from Jason and the others, they let them go.

The Daily Lectionary is a three year cyclical lectionary. We are currently in Year C. Beginning with the first Sunday of Advent in 2022, we will be in Year A. The year which ended at Advent 2021 was Year B. These readings complement the Sunday and festival readings: Thursday through Saturday readings help prepare the reader for the Sunday ahead; Monday through Wednesday readings help the reader reflect and digest on what they heard in worship. Revised Common Lectionary Daily Readings, copyright © 2005 Consultation on Common Texts. www.commontexts.org
“These people who have been turning the world upside down have come here also.
Posted by Kenny at 1:10:00 AM