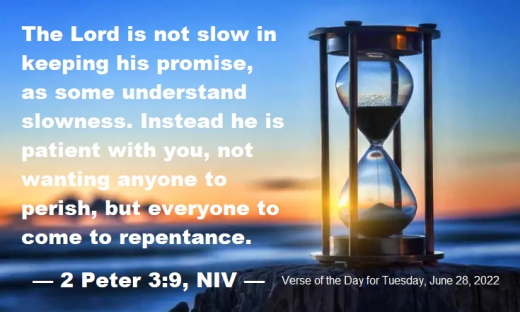 The Lord is not slow in keeping his promise, as some understand slowness. Instead he is patient with you, not wanting anyone to perish, but everyone to come to repentance.

Some people believe that because God does not want anyone to perish, He will not allow anyone to be condemned to hell. However, the Lord gave us the free will to either choose or reject the way He has provided for salvation. Christ’s sacrifice on the Cross was sufficient to save everyone, but John 3:18 tells us, “Whoever believes in him is not condemned, but whoever does not believe stands condemned already because they have not believed in the name of God’s one and only Son.”