Our Daily Bread — Longing for a Home 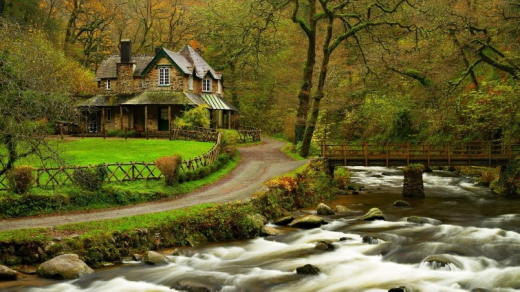 Longing for a Home

Pour out your hearts to him, for God is our refuge. Psalm 62:8

Anne, the lead character in the Anne of Green Gables stories, longed for a family. Orphaned, she had lost hope of ever finding a place to call home. But then she learned that an older man named Matthew and his sister Marilla would take her in. On the buggy ride to their home, Anne apologized for chattering on and on, but Matthew, a quiet man, said, “You can talk as much as you like. I don’t mind.” This was music to Anne’s ears. She felt no one had ever wanted her around, much less wanted to hear her chatter. After arriving, her hopes were dashed when she learned the siblings had thought they were getting a boy to help as a farmhand. She feared being returned, but Anne’s longing for a loving home was met when they made her a part of their family.

We’ve all had times when we felt unwanted or alone. But when we become a part of God’s family through salvation in Jesus, He becomes for us a secure home (Psalm 62:2). He delights in us and invites us to talk with Him about everything: our worries, temptations, sorrows, and hopes. The psalmist tells us we can “find rest in God” and “pour out [our] hearts to him” (vv. 5, 8).

Don’t hesitate. Talk to God as much as you like. He won’t mind. He delights in our hearts. In Him you’ll find a home.

What circumstances have caused you to make God your home? What do you want to talk to Him about?

Help me, God, not to hold back in talking with You when I’ve got something on my heart. Thank You for Your listening ear.

SCRIPTURE INSIGHT
David uses four different words in Psalm 62 to describe God’s protective power: rock, salvation, fortress, and refuge. While these words all evoke the idea of defense and deliverance, their specific meanings create a much fuller picture. The main meaning of the Hebrew word tsur, translated “rock,” is that of a rocky wall or cliff, a place that’s difficult to access. The word for salvation is yeshuah. Jesus (Iēsous in Greek, Yeshua in Hebrew) means “the Lord is salvation” (see Matthew 1:21). While yeshuah is most often translated “salvation,” it can also be translated “deliverance,” which makes God the one who brings us out of threats, which, for the psalmist, were both physical and spiritual. “Fortress” translates the word misgav and refers to a place of retreat; God offers us a safe place when trouble threatens. Finally, machseh is translated “refuge” and refers to a place of hope and trust.

Learn more about reading the Psalms.