Our Daily Bread — The Fierce Struggle 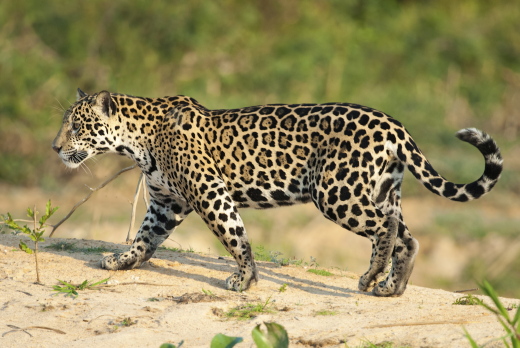 Our struggle is . . . against the powers of this dark world. Ephesians 6:12

In 1896, an explorer named Carl Akeley found himself in a remote section of Ethiopia, chased by an eighty-pound leopard. He remembered the leopard pouncing, trying “to sink her teeth into my throat.” She missed, snagging his right arm with her vicious jaws. The two rolled in the sand—a long, fierce struggle. Akeley weakened, and “it became a question of who would give up first.” Summoning his last bit of strength, Akeley was able to suffocate the big cat with his bare hands.

The apostle Paul explained how each of us who believe in Jesus will inevitably encounter our own fierce struggles, those places where we feel overwhelmed and are tempted to surrender. Instead, we must take our “stand against the devil’s schemes” and “stand firm” (Ephesians 6:11, 14). Rather than cower in fear or crumble as we recognize our weakness and vulnerability, Paul challenged us to step forward in faith, remembering that we don’t rely on our own courage and strength but on God. “Be strong in the Lord and in his mighty power,” he wrote (v. 10). In the challenges we face, He’s only a prayer away (v. 18).

Yes, we have many struggles, and we’ll never escape them by our own power or ingenuity. But God is more powerful than any enemy or evil we’ll ever face.

What fight are you (or someone you love) facing right now? How is God inviting you to stand firm in His strength and fight?

God, the fight is real. The evil is real. I don’t know what to do, but I’m trusting You and Your mighty power to be with me.

SCRIPTURE INSIGHT
Ephesus was a major Roman city in the ancient world, so the idea of a soldier’s armor would’ve been an easy concept for the Ephesians to grasp. And since Paul wrote this letter while under house arrest in Rome, he would’ve seen many examples of Roman armor on which to base this analogy. The Roman army was a fierce fighting force, and that level of intensity would be needed to do battle “against the rulers, against the authorities, against the powers of this dark world and against the spiritual forces of evil in the heavenly realms” that oppose believers in Jesus (Ephesians 6:12).