Our Daily Bread — Father of Lies 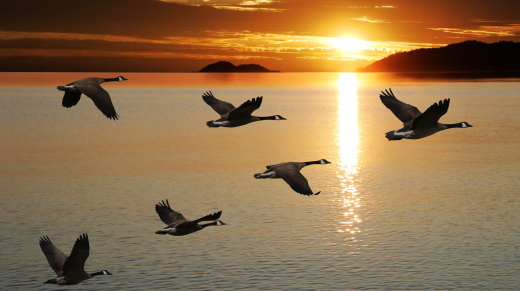 When he lies, he speaks his native language, for he is a liar and the father of lies. John 8:44

Our enemy, the devil, presents temptation as if it’s no big deal. Everyone’s doing it. What’s the harm? But the moment we catch on to his scheme, he switches gears. It’s too late! You’ve gone too far! You’re hopeless now!

The enemy will say whatever it takes to destroy us as we engage in spiritual warfare. Jesus said, “He was a murderer from the beginning, not holding to the truth, for there is no truth in him. When he lies, he speaks his native language, for he is a liar and the father of lies” (John 8:44).

If the devil is a liar, then we should never listen to him. Not when he says our sin is no big deal, and not when he says we’re beyond hope. May Jesus help us dismiss the evil one’s words and listen to Him instead. We rest our hearts on His promise: “If you hold to my teaching, you are really my disciples. Then you will know the truth, and the truth will set you free” (vv. 31–32).

What sin has you feeling hopeless? Do you think this despair comes from Satan or from Jesus? What promise from the Bible might you claim today?

Jesus, You died and rose again to free me from the bondage of sin. Please help me to live in that liberty today!

Read Walking Free: Overcoming What Keeps Us from Jesus.

SCRIPTURE INSIGHT
In both the Old and New Testaments, the idea of being a son or daughter implied more than DNA and legal paternity. It also alluded to the ways children possess the characteristics and likeness of their parents. This implication comes into play in the conversation in John 8 where voices in a crowd first claimed to be children of Abraham and then later children of God (vv. 39, 41). Jesus, however, challenged their claims and suggested that by their lies they were actually reflecting the likeness of their father Satan. On the other hand, He suggested that the self-evident truths He spoke and the miracles He performed were evidence that He was not only the Son of Man, but also the Son of God (vv. 27–28, 36).