Our Daily Bread — What Counts 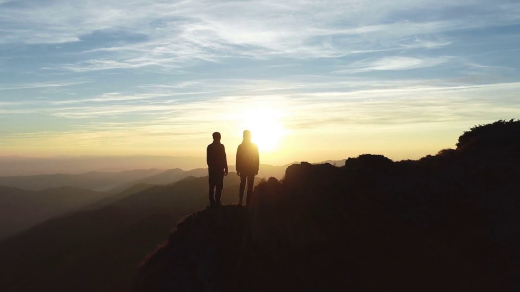 Let us therefore make every effort to do what leads to peace and to mutual edification. Romans 14:19

My friend recounted how she’d pointedly been asked by a fellow believer and colleague which political party she belonged to. His aim in asking the question seemed to be to predict whether he agreed with her on any number of issues currently dividing their community. In an effort to find common ground between them, she simply replied, “Since we’re both believers, I’d rather focus on our unity in Christ.”

People were also divided in Paul’s day, though over different issues. Topics such as what foods were permissible to eat and what days were considered holy brought disagreement among the Christians in Rome. Despite being “fully convinced in their own mind” on whichever position they held, Paul reminds them of their common ground: living for Jesus (Romans 14:5–9). Instead of passing judgment on one another, he encouraged them to “do what leads to peace and to mutual edification” (v. 19).

In an era when many countries, churches, and communities are divided over issues large and small, we can point one another to the unifying truth of Christ’s work on the cross to secure our life with Him eternally. Paul’s reminder that we ought not “destroy the work of God” (v. 20) with our individual positions is as timely today as it was 2,000 years ago. Instead of passing judgment on one another, we can act in love and live in a way that honors our brothers and sisters.

When did a difference of opinion cause division between you and another believer? If you resolved your differences, how did you do so?

Jesus, thank You for saving me. Forgive me for the times I get distracted by lesser issues and allow division to occur between myself and other believers. Help me to bring unity through focusing on You.

SCRIPTURE INSIGHT
Two of the most difficult responsibilities for believers in Christ are seen in Paul’s challenge in Romans 14:19—we’re to pursue the things that make for peace and the things that edify one another. The first is difficult because there are many divisive elements in the life of the church. A heart of peace, which is the fruit of wisdom (as seen in James 3:13–18), is necessary if we’re to display relationships that honor God. The goal of edification is difficult because it’s easy to look out only for our own interests. Keeping our responsibilities to one another is essential if we’re to display Jesus in our world.