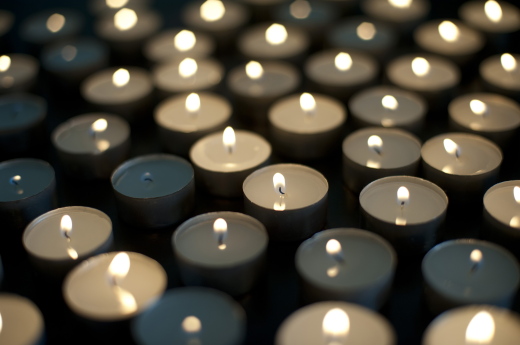 We will not listen to the message you have spoken to us in the name of the Lord. Jeremiah 44:16

Chemotherapy reduced the tumor in my father-in-law’s pancreas, until it didn’t. As the tumor began to grow again, he was left with a life-and-death decision. He asked his doctor, “Should I take more of this chemo or try something else, perhaps a different drug or radiation?”

The people of Judah had a similar life-and-death question. Weary from war and famine, God’s people wondered whether their problem was too much idolatry or not enough. They concluded they should offer more sacrifices to a false god and see if she would protect and prosper them (Jeremiah 44:17).

Jeremiah said they had wildly misdiagnosed their situation. Their problem wasn’t a lack of commitment to idols; their problem was that they had them. They told the prophet, “We will not listen to the message you have spoken to us in the name of the Lord!” (v. 16). Jeremiah replied, “Because you have burned incense and have sinned against the Lord and have not obeyed him or followed his law or his decrees or his stipulations, this disaster has come upon you” (v. 23).

Like Judah, we may be tempted to double down on sinful choices that have landed us in trouble. Relationship problems? We can be more aloof. Financial issues? We’ll spend our way to happiness. Pushed aside? We’ll be equally ruthless. But the idols that contributed to our problems can’t save us. Only Jesus can carry us through our troubles as we turn to Him.

What personal problem has you stumped and how are you tempted to respond in a sinful way? What do you think Jesus might want you to do?

Jesus, I’d rather fail with You than succeed without You.

SCRIPTURE INSIGHT
In Jeremiah 44:1–14, God sent a direct message through the prophet Jeremiah to the Jewish refugees who’d gone to Egypt against His express direction (see 42:7–22). While there, they were “burning incense to other gods in Egypt” (44:8), which brought God’s clear warning (vv. 8–14). But the people saw only what they wanted to see and defiantly rejected God in favor of the false “Queen of Heaven” (vv. 17–19, possibly Ishtar) and other pagan gods. On the face of it, Jeremiah’s mission was a failure. Opposition to his message was extensive. Yet the prophet remained faithful to God despite his unpopularity.