Our Daily Bread — Not So 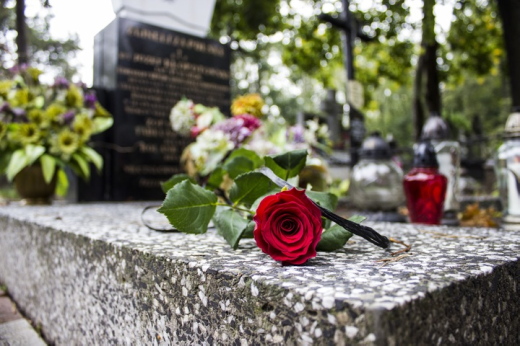 “I wanted somehow to make it not so,” lamented the man, eulogizing a friend who died young. His words gave poignancy to humanity’s ageless heart-cry. Death stuns and scars us all. We ache to undo what can’t be undone.

The longing to “make it not so” might well describe how Jesus’ followers felt after His death. The Gospels say little about those awful hours, but they do record the actions of a few faithful friends.

Joseph, a religious leader who secretly believed in Jesus (see John 19:38), suddenly found the courage to ask Pilate for Jesus’ body (Luke 23:52). Ponder for a moment what it would take to remove a body from a grisly crucifixion and tenderly prepare it for burial (v. 53). Consider too the devotion and bravery of the women who stayed with Jesus every step of the way, even to the tomb (v. 55).

These followers weren’t anticipating a resurrection; they were coming to terms with grief. The chapter ends without hope, merely a somber, “Then they went home and prepared spices and perfumes [to embalm Jesus’ body]. But they rested on the Sabbath in obedience to the commandment” (v. 56).

Little did they know the Sabbath intermission was setting the stage for history’s most dramatic scene. Jesus was about to do the unimaginable. He would make death itself “not so.”

Where do you turn for comfort when the worst happens? How do you live as though the resurrection is real?

Today, Father, I pause to remember how it must have been that day between Your Son’s crucifixion and His resurrection. I’m so grateful that He’s reversed sin’s curse for me.

Learn more about the resurrection of Jesus.

SCRIPTURE INSIGHT
The Romans normally left the decaying bodies of crucified criminals, especially those convicted of treason, on their crosses for birds to devour as a warning that this same fate awaited those who dared to rebel against Rome. Because it was a “special Sabbath” in that it was also the day of Passover/Unleavened Bread, the Jewish leaders asked Pilate to have the crucified bodies taken down (John 19:31). Corpses left hanging overnight would desecrate the land (Deuteronomy 21:22–23). Family members weren’t permitted to give their deceased a decent burial. Instead, the bodies were unceremoniously and unbecomingly dumped in a graveyard outside the city. Corpses left unburied as food for carrion birds and wild animals was the severest form of contempt and humiliation (Psalm 79:2–4). Because Joseph of Arimathea intervened and asked Pilate for Jesus’ body, He was buried in Joseph’s “own new tomb” (Matthew 27:60), an unused rich man’s tomb, fulfilling Isaiah 53:9.