Our Daily Bread — A King on a Donkey 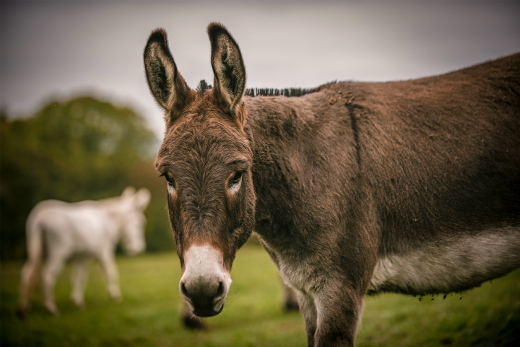 A King on a Donkey

See, your king comes to you, gentle and riding on a donkey. Matthew 21:5

It was Sunday—the day we now call Palm Sunday. Without a doubt, this wasn’t Jesus’ first visit to Jerusalem. As a devout Jew, He would’ve gone to the city every year for the three great feasts (Luke 2:41–42; John 2:13; 5:1). In the past three years, Christ had also ministered and taught in Jerusalem. But this Sunday His coming into the city was radically different.

By riding a young donkey into Jerusalem at a time when thousands of worshipers were coming into the city, Jesus was the center of attention (Matthew 21:9–11). Why would He take the place of prominence before thousands of people when for the past three years He’d deliberately kept a low profile? Why would He accept the people’s proclamation that He was King just five days before His death?

Matthew says that this took place to fulfill a five-hundred-year-old prophecy (Matthew 21:4–5) that God’s chosen king would come into Jerusalem “righteous and victorious, [yet] lowly and riding on a donkey” (Zechariah 9:9; see also Genesis 49:10–11).

This was a truly unusual way for a triumphant king to enter a city. Conquering kings normally rode on mighty stallions. But Jesus didn’t come riding a warhorse. This reveals what kind of King Jesus is. He came in meekness and lowliness. Jesus came not for war, but for peace, establishing peace between God and us (Acts 10:36; Colossians 1:20).

What kind of king is Jesus to you today? How can you honor Him as your King?

Jesus, thank You for coming into Jerusalem to reveal Your mighty and humble ways. Fill my heart with Your peace.

Learn more about Jesus' life in the area of Judea with this online course.

SCRIPTURE INSIGHT
On the day that we now refer to as Palm Sunday, Jesus entered Jerusalem from the Mount of Olives. Today, the mount’s western slope is blanketed with the tombs of Jewish men and women—all facing the Temple Mount and the city’s blockaded Eastern Gate (also known as the Golden Gate or the Beautiful Gate). Why? Ezekiel 44:1–3 says that the “prince” shall enter Jerusalem by the Eastern Gate, and Jewish rabbinic teaching has presented that “prince” as the Anointed One (the Messiah). It was this Messiah’s coming that would trigger the resurrection of the dead—which was part of Israel’s future hope (see Martha’s statement in John 11:24). As a result, Jewish people wanted to be buried facing the Eastern Gate to be among the first to experience that resurrection.