Our Daily Bread — His Cross of Peace 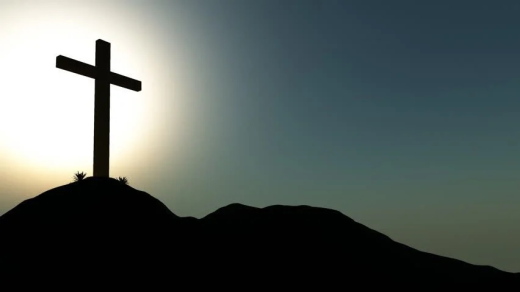 His Cross of Peace

Somber eyes peer out from the painting Simon of Cyrene by contemporary Dutch artist Egbert Modderman. Simon’s eyes reveal the immense physical and emotional burden of his responsibility. In the biblical account from Mark 15, we learn that Simon was pulled from the watching crowd and forced to carry Jesus’ cross.

Mark tells us that Simon was from Cyrene, a big city in North Africa with a large population of Jews during Jesus’ time. Most likely Simon had journeyed to Jerusalem to celebrate the Passover. There he found himself in the middle of this unjust execution but was able to perform a small but meaningful act of assistance to Jesus (Mark 15:21).

Earlier in the gospel of Mark, Jesus tells His followers, “Whoever wants to be my disciple must deny themselves and take up their cross and follow me” (8:34). On the road to Golgotha, Simon literally did what Jesus figuratively asks His disciples to do: he took up the cross given to him and carried it for Jesus’ sake.

We too have “crosses” to bear: perhaps an illness, a challenging ministry assignment, the loss of a loved one, or persecution for our faith. As we carry these sufferings by faith, we point people to the sufferings of Jesus and His sacrifice on the cross. It was His cross that gave us peace with God and strength for our own journey.

What “cross” have you been asked to carry? How can you use this struggle to point others to Jesus?

Jesus, thank You that You understand and sympathize with the pain I experience as I take up my cross and follow You. Give me courage and strength even when the journey is difficult.

SCRIPTURE INSIGHT
Though Simon of Cyrene is mentioned in each of the three Synoptic Gospels (Matthew 27:32; Mark 15:21; Luke 23:26), we know very little about him. Aside from his hometown being in Cyrene, all we know of Simon is that he had two sons, Alexander and Rufus (Mark 15:21). This small piece of information, however, takes on possible significance when considered in the light of the belief of many that Rome was Mark’s primary audience for his gospel record. Why? First, it seems unlikely that Mark would’ve mentioned the sons’ names unless they were somewhat known to the early Christian community. Second, Paul mentioned a person named Rufus in his letter to Rome: “Greet Rufus, chosen in the Lord, and his mother, who has been a mother to me, too” (Romans 16:13). It may be that the Rufus of the church at Rome was one of the sons of the man who carried Jesus’ cross.