Our Daily Bread — A Good Work 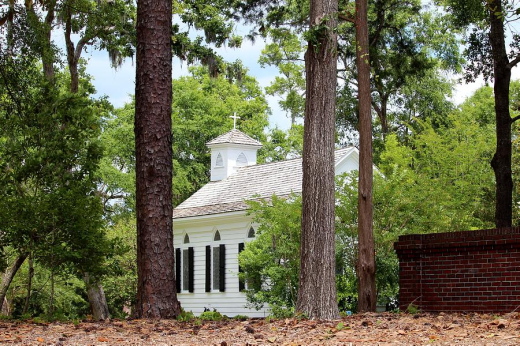 He who began a good work in you will carry it on to completion until the day of Christ Jesus. Philippians 1:6

As a teenager, Charles Spurgeon wrestled with God. He’d grown up going to church, but what was preached seemed bland and meaningless. It was a struggle for him to believe in God, and Charles, in his own words, “rebelled and revolted.” One night a fierce snowstorm forced the sixteen-year-old Spurgeon to seek shelter in a tiny Methodist church. The pastor’s sermon seemed directed at him personally. In that moment, God won the wrestling match, and Charles gave his heart to Jesus.

Spurgeon later wrote, “Long before I began with Christ, He began with me.” In fact, our life with God doesn’t begin with the moment of salvation. The psalmist notes that God “created [our] inmost being,” knitting us together in our mother’s womb (Psalm 139:13). The apostle Paul writes, “Even before I was born, God chose me and called me by his marvelous grace” (Galatians 1:15 nlt). And God doesn’t stop working with us when we’re saved: “He who began a good work in you will carry it on to completion” (Philippians 1:6).

We’re all works-in-progress in the hands of a loving God. He leads us through our rebellious wrestling and into His warm embrace. But His purpose with us then is only beginning. “For God is working in you, giving you the desire and the power to do what pleases him” (Philippians 2:13 nlt). Rest assured, we’re His good work regardless of how old we are or what stage of life we’re in.

How’s God working in your life at this very moment? What’s He doing with you for His purposes?

Loving God, I’m overwhelmed to think of Your loving care for me from the moment of my birth. Thank You. Help me to respond to Your ongoing work in my life.

SCRIPTURE INSIGHT
Psalm 139 is a lyrical composition of undisputed beauty. The psalmist celebrates God’s omniscience (His knowledge of everything; vv. 1–6), His omnipresence (His presence everywhere; vv. 7–12), and David’s intimacy with such an omnipotent (all-powerful) God (vv. 13–18). The way the psalm ends (vv. 23–24) mirrors the way it begins (vv. 1–2). Notice the repetition of the words search and know.

At first glance, verses 19–22 seem out of place. They differ from the rest of the psalm in tone and content. While David writes as an intimate friend of God, there were those who lived and functioned in opposition to Him. They’re described as “wicked” (v. 19), “adversaries” (v. 20), and “[those] who are in rebellion” (v. 21). The God-conscious psalmist, however, wasn’t among them and distinguished himself as such. The similarity of verses 19–22 to what follows in Psalm 140 may suggest that the two psalms should be read together.