Our Daily Bread — Thanks, but No Thanks 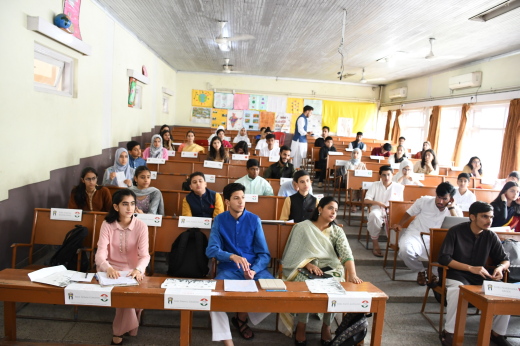 Thanks, but No Thanks

Do not be yoked together with unbelievers. 2 Corinthians 6:14

A Christian school for autistic children in India received a big donation from a corporation. After checking that there were no strings attached, they accepted the money. But later, the corporation requested to be represented on the school board. The school director returned the money. She refused to allow the values of the school to be compromised. She said, “It’s more important to do God’s work in God’s way.”

There are many reasons to decline help, and this is one of them. In the Bible we see another. When the exiled Jews returned to Jerusalem, King Cyrus commissioned them to rebuild the temple (Ezra 3). When their neighbors said, “Let us help you build because, like you, we seek your God” (4:2), the leaders of Israel declined. They concluded that by accepting the offer of help, the integrity of the temple rebuilding project might have been compromised and idolatry could have crept into their community since their neighbors also worshiped idols. The Israelites made the right decision, as their “neighbors” then did all they could to discourage the building.

With the help of the Holy Spirit and the counsel of wise believers in Jesus, we can develop discernment. We can also be confident to say no to friendly offers that may hide subtle spiritual dangers because God’s work done in His way will never lack His provision.

What are the dangers of joining hands with those who would bring a conflict of interest to God’s work? How can you develop discernment?

Loving Father, You know my need. Help me to be wise and discerning in knowing when to partner with others.

SCRIPTURE INSIGHT
The books of Ezra, Nehemiah, and Esther are considered the “post-exilic” narratives of the Old Testament. The previous narratives found in the books of Kings and Chronicles described the conditions that led to the people of Judah being given over to the discipline of exile in Babylon. Now, Ezra, Nehemiah, and Esther pick up the story, describing the events following the conclusion of Judah’s seventy years in captivity. As such, they present three different pictures with three different priorities. In Ezra, the theme is the rebuilding of the broken-down temple that Nebuchadnezzar had left in ruins upon defeating and sacking Jerusalem. Nehemiah’s focus was reestablishing the security of the returning exiles by rebuilding Jerusalem’s walls. The book of Esther gives a view of what was happening among those Jews who’d remained behind in the land of their captivity. Each book describes circumstances filled with challenges and struggles.
Posted by Kenny at 2:06:00 AM