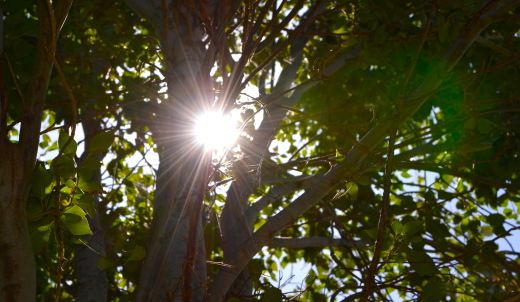 Catch for us the foxes, the little foxes that ruin the vineyards. Song of Songs 2:15

A pilot couldn’t fit his tea into the cupholder, so he set it on the center console. When the plane hit turbulence, the drink spilled onto the control panel, shutting off an engine. The flight was diverted and landed safely, but when it happened again to a crew from a different airline two months later, the manufacturer realized there was a problem. The plane cost $300 million, but its cupholders were too small. This seemingly small oversight led to some harrowing moments.

Small details can wreck the grandest plans, so the man in the Song of Songs urges his lover to catch “the little foxes that ruin the vineyards” of their love (2:15). He’d seen foxes climb over walls and dig out vines in search of grapes. They were hard to catch as they darted into the vineyard then melted back into the night. But they must not be ignored.

What threatens your closest relationships? It may not be large offenses. It might be the little foxes, a small comment here or a slight there that digs at the root of your love. Minor offenses add up, and what once was a blossoming friendship or passionate marriage might be in danger of dying.

May God help us catch the little foxes! Let’s ask for and grant forgiveness as needed and nourish our vineyards in the soil of ordinary acts of thoughtfulness as God provides what we need.

What “little foxes” are damaging one of your close relationships? What can you do to seek forgiveness and a fresh start in Christ?

Father, may Your extraordinary love flow through me in ordinary ways.

SCRIPTURE INSIGHT
The Song of Songs is a collection of love poems that both celebrate and warn about love, particularly the physical intimacy that flows from it. Some view the book as a collection of poems that express godly desires in keeping with the way God made us at the time of our creation—desires that are met in the “two becoming one flesh” marriage relationship instituted in the garden.