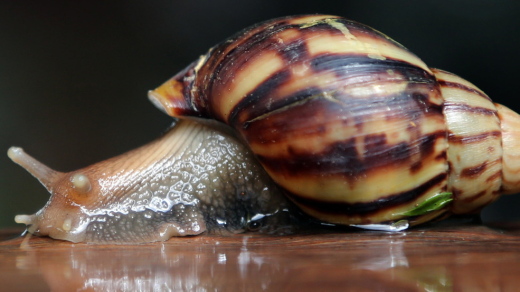 Scientists from Penn State University recently engineered a new kind of glue that’s both extremely strong and also removable. Their design is inspired by a snail whose slime hardens in dry conditions and loosens again when wet. The reversible nature of the snail’s slime allows it to move freely in more humid conditions—safer for the snail—while keeping it securely planted in its environment when movement would be hazardous.

The researchers’ approach of mimicking an adhesive found in nature calls to mind scientist Johannes Kepler’s description of his discoveries. He said he was “merely thinking God’s thoughts after him.” The Bible tells us that God created the earth and all that’s in it: the vegetation on the land (Genesis 1:12); the “creatures of the sea” and “every winged bird” (v. 21); “the creatures that move along the ground” (v. 25); and “mankind in his own image” (v. 27). When humankind discovers or identifies a special attribute of a plant or animal, we’re simply following in God’s creative footsteps, having our eyes opened to the way He designed them.

At the end of each day in the creation account, God surveyed the fruit of His work and described it as “good.” As we learn and discover more about God’s creation, may we too recognize His magnificent work, care for it well, and proclaim how very good it is!

How do you see God’s handiwork in the creation around you? How can you respond in praise to Him?

Creator God, thank You for the unique and perfect way You created the world and all that’s in it. Your works are wondrous!

SCRIPTURE INSIGHT
Genesis 1:1–19 tells us that in the first four days, God created the physical infrastructures of His creation—the galaxies and the earth with its sky, land, and seas. On days five and six, He created the living creatures—birds, fish, land animals, and humankind (vv. 20–31) to inhabit the three realms on the earth. Scientists have estimated that our natural world contains some 8.7 million species, out of which only 1.6 million (20 percent) have been officially identified. The phrase “and God said” dominates the creation account, pointing to our creative and powerful God, who literally spoke these mind-boggling natural diversities into existence. The psalmist celebrates God saying, “By the word of the Lord the heavens were made.… Let all the earth fear the Lord; let all the people of the world revere him. For he spoke, and it came to be” (Psalm 33:6, 8–9).