Our Daily Bread — Encouraged in God 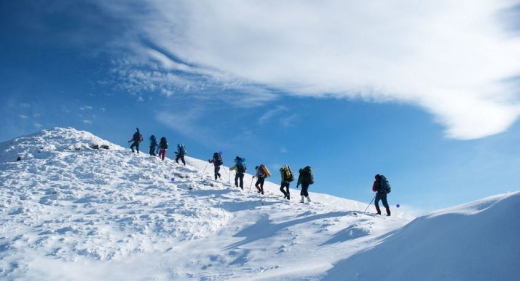 In 1925, Langston Hughes, an aspiring writer working as a busboy at a hotel, discovered that a poet he admired (Vachel Lindsey) was staying there as a guest. Hughes shyly slipped Lindsey some of his own poetry, which Lindsey later praised enthusiastically at a public reading. Lindsey’s encouragement resulted in Hughes receiving a university scholarship, furthering him on his way to his own successful writing career.

A little encouragement can go a long way, especially when God is in it. Scripture tells of an incident when David was on the run from King Saul, who was trying “to take his life.” Saul’s son Jonathan sought David out “and helped him find strength in God. ‘Don’t be afraid,’ he said. ‘My father Saul will not lay a hand on you. You will be king over Israel’ ” (1 Samuel 23:15–17).

Jonathan was right. David would be king. The key to the effective encouragement Jonathan offered is found in the simple phrase “in God” (v. 16). Through Jesus, God gives us “eternal encouragement and good hope” (2 Thessalonians 2:16). As we humble ourselves before Him, He lifts us as no other can.

All around us are people who need the encouragement God gives. If we seek them out as Jonathan sought David and gently point them to God through a kind word or action, He’ll do the rest. Regardless of what this life may hold, a bright future in eternity awaits those who trust in Him.

By James Banks
REFLECT & PRAY
How did someone provide special encouragement to you in your faith journey? What can you do to strengthen someone’s faith today?

Loving God, there’s nothing like the encouragement You give. Please give me opportunities to help others find new strength in You.

SCRIPTURE INSIGHT
The relationship between David and Jonathan was truly remarkable. Jonathan was the son of King Saul and heir to the throne that David had been anointed to occupy. Jonathan believed so strongly in God’s selection and anointing of David as king, however, that he helped and encouraged his friend, at great personal cost. In a sense, Jonathan was doing what Jesus described as the mark of a true friend when He said, “Greater love has no one than this: to lay down one’s life for one’s friends” (John 15:13). Jonathan was laying aside much of what his life might have been to be a friend to David.