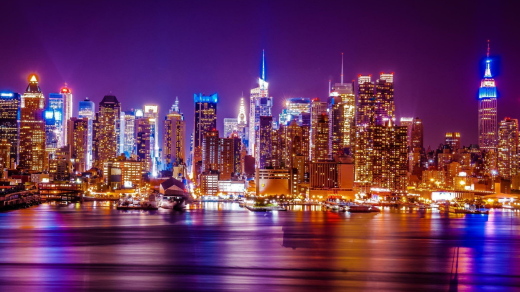 How beautiful on the mountains are the feet of those who bring good news. Isaiah 52:7

John Nash was awarded the Nobel Prize for Economics in 1994, recognizing his pioneering work in mathematics. His equations have since been used by businesses around the world in understanding the dynamics of competition and rivalry. A book and a full-length movie have documented his life and refer to him as having “a beautiful mind”—not because his brain had any particular aesthetic appeal, but because of what it did.

The Old Testament prophet Isaiah uses the word beautiful to describe feet—not because of any visible physical attribute but because he saw beauty in what they did. “How beautiful on the mountains are the feet of those who bring good news” (Isaiah 52:7). After seventy years of captivity in Babylon resulting from their unfaithfulness to God, messengers arrived with encouraging words that God’s people would soon be returning home because “the Lord has . . . redeemed Jerusalem” (v. 9).

The good news wasn’t attributed to the military might of the Israelites or any other human effort. Rather it was the work of God’s “holy arm” on their behalf (v. 10). The same is true today, as we have victory over our spiritual enemy through Christ’s sacrifice for us. In response, we become the messengers of good news, proclaiming peace, good tidings, and salvation to those around us. And we do so with beautiful feet.

Who brought you the good news of Christ’s sacrifice? To whom can you deliver that news?

Thank You, Father, for sending people into my life to share the news of Christ’s sacrifice. Help me to share it joyously with others.

Read Evangelism: Reaching Out Through Relationships.

SCRIPTURE INSIGHT
In the book of Isaiah, the prophet brings two distinct messages to the people of God. In chapters 1–39, he brings warnings of certain judgment because of their continued idolatry and rejection of God. In chapters 40–66, however, the prophet’s message becomes one of hope and rescue—continuing to offer many references to the promised Messiah. Bible teacher Warren W. Wiersbe wrote that this significant messianic component to Isaiah’s prophecy accounts for how frequently the New Testament cites this important book. The apostle Paul, a trained Jewish scholar, quoted from or alluded to Isaiah’s prophecies at least eighty times, and the Servant Song (52:13–53:12) is cited almost forty times by New Testament writers. As such, Wiersbe contends, “Isaiah is much more than a prophet: He is an evangelist who presents Jesus Christ and the Good News of the Gospel."

Learn more about the book of Isaiah.