Our Daily Bread — And Seven Others 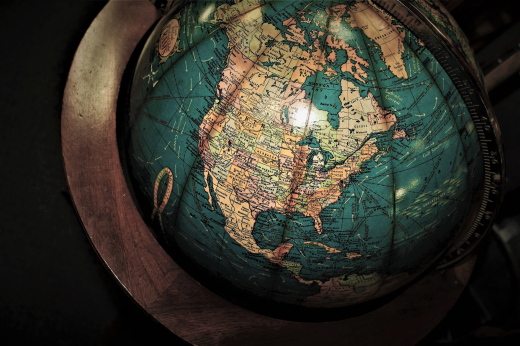 Believers in our glorious Lord Jesus Christ must not show favoritism. James 2:1

Tragedy struck near Los Angeles in January 2020 when nine people died in a helicopter crash. Most news stories began something like this, “NBA superstar Kobe Bryant, his daughter Gianna (“Gigi”), and seven others lost their lives in the accident.”

It’s natural and understandable to focus on the well-known people involved in a horrible situation like this—and the deaths of Kobe and his precious teenager Gigi are heartbreaking beyond description. But we must keep in mind that in life’s big picture there’s no dividing line that makes the “seven others” (Payton, Sarah, Christina, Alyssa, John, Keri, and Ara) any less significant.

Sometimes we need to be reminded that each human is important in God’s eyes. Society shines bright lights on the rich and famous. Yet fame doesn’t make a person any more important than your next-door neighbor, the noisy kids who play in your street, the down-on-his-luck guy at the city mission, or you.

We glorify our great God when we refuse to show favoritism—whether in the church (James 2:1–4) or in society at large.

What can you do to show love for all mankind—rich or poor, famous or obscure? How did Jesus reveal this kind of love?

Heavenly Father, help me to show love and kindness to all, regardless of their station in life.

SCRIPTURE INSIGHT
When James accuses believers who show favoritism of being “judges with evil thoughts” (2:4), he’s likely alluding to the common tendency for courts to favor the rich. Judges were of higher social status and often didn’t hold persons of lower economic class in high esteem. Legal preference for the rich was even often written into the laws. Biblical law condemned such preferential treatment (Leviticus 19:15), however, and even Greek philosophers called out bias against the poor as immoral. But James pointed to the common tendency of people to instinctively show favoritism toward persons of elevated social status, perhaps out of a desire to benefit from their wealth. He suggested that trying to curry favor with the wealthy and powerful makes people no better than blatantly biased judges. Instead, he called believers to align with God’s high regard for society’s poor and marginalized (James 2:5).
Posted by Kenny at 2:06:00 AM