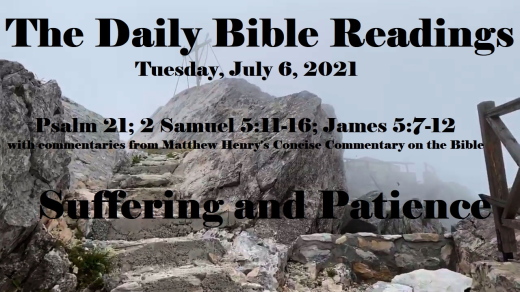 From the Historical books of the Old Testament
2 Samuel 5:11-16
Hiram Recognizes David as King
5:11 Now Hiram king of Tyre sent envoys to David, along with cedar logs and carpenters and stonemasons, and they built a palace for David. 12 Then David knew that the Lord had established him as king over Israel and had exalted his kingdom for the sake of his people Israel.

13 After he left Hebron, David took more concubines and wives in Jerusalem, and more sons and daughters were born to him. 14 These are the names of the children born to him there: Shammua, Shobab, Nathan, Solomon, 15 Ibhar, Elishua, Nepheg, Japhia, 16 Elishama, Eliada and Eliphelet.

Commentary
David's house was not the worse, nor the less fit to be dedicated to God, for being built by the sons of the stranger. It is prophesied of the gospel church, The sons of strangers shall build up thy walls, and their kings shall minister unto thee, Isaiah 60:10. David's government was rooted and built up. David was established king; so is the Son of David, and all who, through him, are made to our God kings and priests. Never had the nation of Israel appeared so great as it began now to be. Many have the favor and love of God, yet do not perceive it, and so want the comfort of it; but to be exalted to that, and to perceive it, is happiness. David owned it was for his people's sake God had done great things for him; that he might be a blessing to them, and that they might be happy under him.

From the Epistles of the New Testament
James 5:7-12
Suffering and Patience
5:7 Be patient, then, brothers and sisters, until the Lord’s coming. See how the farmer waits for the land to yield its valuable crop, patiently waiting for the autumn and spring rains. 8 You too, be patient and stand firm, because the Lord’s coming is near. 9 Don’t grumble against one another, brothers and sisters, or you will be judged. The Judge is standing at the door!

10 Brothers and sisters, as an example of patience in the face of suffering, take the prophets who spoke in the name of the Lord. 11 As you know, we count as blessed those who have persevered. You have heard of Job’s perseverance and have seen what the Lord finally brought about. The Lord is full of compassion and mercy.

12 Above all, my brothers and sisters, do not swear—not by heaven or by earth or by anything else. All you need to say is a simple “Yes” or “No.” Otherwise you will be condemned.

Commentary
Consider him that waits for a crop of corn; and will not you wait for a crown of glory? If you should be called to wait longer than the husbandman, is not there something more worth waiting for? In every sense the coming of the Lord drew nigh, and all his people's losses, hardships, and sufferings, would be repaid. Men count time long, because they measure it by their own lives; but all time is as nothing to God; it is as a moment. To short-lived creatures a few years seem an age; but Scripture, measuring all things by the existence of God, reckons thousands of years but so many days. God brought about things in Job's case, so as plainly to prove that he is very pitiful and of tender mercy. This did not appear during his troubles, but was seen in the event, and believers now will find a happy end to their trials. Let us serve our God, and bear our trials, as those who believe that the end will crown all. Our eternal happiness is safe if we trust to him: all else is mere vanity, which soon will be done with for ever. The sin of swearing is condemned; but how many make light of common profane swearing! Such swearing expressly throws contempt upon God's name and authority. This sin brings neither gain, nor pleasure, nor reputation, but is showing enmity to God without occasion and without advantage It shows a man to be an enemy to God, however he pretends to call himself by his name, or sometimes joins in acts of worship. But the Lord will not hold him guiltless that takes his name in vain. 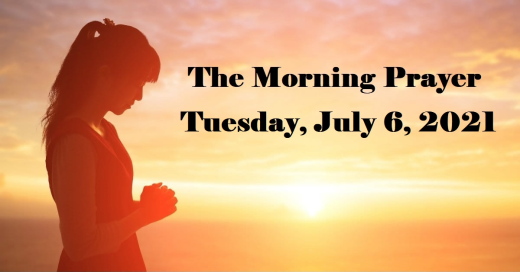 Dear Father in heaven, open our hearts to the wonder of being able to call you Father, the wonder of being united with you. You are the source of all life and strength. In you is redemption, and we need to be redeemed before we can live rightly. Take from us the pressures forced on us by the flood of events. Make us completely free as people led by your hand, people who may be joyful because everything will be overcome through the power you grant us in Jesus Christ. Protect us from fear and from all evil. Show more and more clearly your good and wonderful goal for all people on earth, so that in expectation they may find happiness even in all the stress of today. Amen.
Posted by Kenny at 1:08:00 AM No comments: 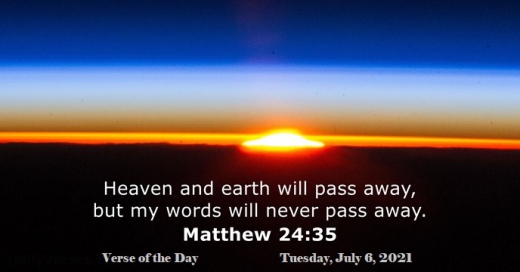 Read all of Matthew Chapter 24