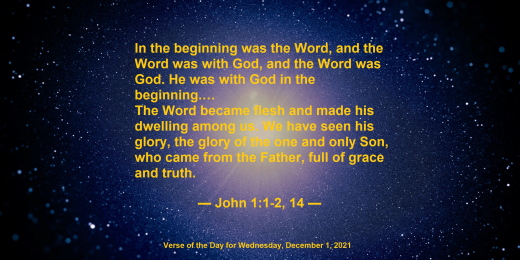 There had been 400 years of silence since God had spoken through His prophet Malachi. As happens with any prolonged time of quiet, the people’s ears strained for a word. So God sent the Word. But first, He readied the world for the gospel. Under the influence of Alexander the Great, Greek—the language of science, medicine, and philosophy—made communication much easier than it had ever been. Also, because of the roads and general peace (Pax Romana) of the Roman Empire, missionaries could travel everywhere with less difficulty. Finally, with all the Jews scattered throughout the Roman Empire, evangelists had many synagogues from which to preach the Good News throughout the known world.

Jesus is far more than just a great teacher or a mighty prophet; in fact, He is “God with us” (Matt. 1:23). Jesus is “the exact representation” of God’s nature because He is God Himself (Heb. 1:3). Whatever Jesus does, He does with grace. Whatever He says, He says in truth. If you want to understand what God is like, look to Jesus (John 1:18; 14:9).

Read all of John Chapter 1