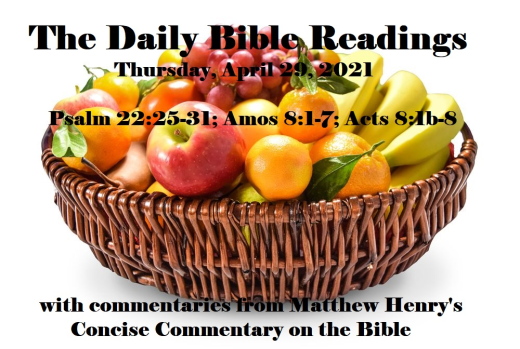 I know that my redeemer lives, and that in the end he will stand on the earth.

Job was a good and righteous man who walked in the ways of the Lord. In fact, his righteousness prompted God to say of him, “There is no one on earth like him” (Job 1:8). God blessed Job for his righteousness, and so Job earned the title, “the greatest man among all the people of the East” (1:3).

Yet Job endured unspeakable suffering. Though he had done nothing wrong, he lost everything—his family, his wealth, his reputation, even his health. If that weren’t enough, his wife and his friends offered him no real comfort. Job’s friends told him that he had suffered because of some hidden sin in his life.

Job is a stark biblical example of a fact we need to understand: even those who are right with God will suffer. Will we allow the suffering to tear down our faith or build it up? These are our only choices. Job chose to trust God, his Redeemer, and he was rewarded for his faith (Job 19:25, 26; 42:1–6, 10–17).

Today’s Readings:
A Reading from the Book of Psalms
Psalm 22:25-31
All Shall Turn to the Lord
25 From you comes the theme of my praise in the great assembly;
before those who fear you I will fulfill my vows.
26 The poor will eat and be satisfied;
those who seek the Lord will praise him—
may your hearts live forever!

27 All the ends of the earth
will remember and turn to the Lord,
and all the families of the nations
will bow down before him,
28 for dominion belongs to the Lord
and he rules over the nations.

29 All the rich of the earth will feast and worship;
all who go down to the dust will kneel before him—
those who cannot keep themselves alive.
30 Posterity will serve him;
future generations will be told about the Lord.
31 They will proclaim his righteousness,
declaring to a people yet unborn:
He has done it!

Commentary
The Savior now speaks as risen from the dead. The first words of the complaint were used by Christ himself upon the cross; the first words of the triumph are expressly applied to him, Hebrews 2:12. All our praises must refer to the work of redemption. The suffering of the Redeemer was graciously accepted as a full satisfaction for sin. Though it was offered for sinful men, the Father did not despise or abhor it for our sake. This ought to be the matter of our thanksgiving. All humble, gracious souls should have a full satisfaction and happiness in him. Those that hunger and thirst after righteousness in Christ, shall not labor for that which satisfies not. Those that are much in praying, will be much in thanksgiving. Those that turn to God, will make conscience of worshipping before him. Let every tongue confess that he is Lord. High and low, rich and poor, bond and free, meet in Christ. Seeing we cannot keep alive our own souls, it is our wisdom, by obedient faith, to commit our souls to Christ, who is able to save and keep them alive for ever. A seed shall serve him. God will have a church in the world to the end of time. They shall be accounted to him for a generation; he will be the same to them that he was to those who went before them. His righteousness, and not any of their own, they shall declare to be the foundation of all their hopes, and the fountain of all their joys. Redemption by Christ is the Lord's own doing. Here we see the free love and compassion of God the Father, and of our Lord Jesus Christ, for us wretched sinners, as the source of all grace and consolation; the example we are to follow, the treatment as Christians we are to expect, and the conduct under it we are to adopt. Every lesson may here be learned that can profit the humbled soul. Let those who go about to establish their own righteousness inquire, why the beloved Son of God should thus suffer, if their own doings could atone for sin? Let the ungodly professor consider whether the Savior thus honored the Divine law, to purchase him the privilege of despising it. Let the careless take warning to flee from the wrath to come, and the trembling rest their hopes upon this merciful Redeemer. Let the tempted and distressed believer cheerfully expect a happy end of every trial.

A Reading from the Old Testament
Amos 8:1-7
Amos’ Vision of the Basket of Fruit
8:1 This is what the Sovereign Lord showed me: a basket of ripe fruit. 2 “What do you see, Amos?” he asked.

“A basket of ripe fruit,” I answered.

Then the Lord said to me, “The time is ripe for my people Israel; I will spare them no longer.

3 “In that day,” declares the Sovereign Lord, “the songs in the temple will turn to wailing. Many, many bodies—flung everywhere! Silence!”

4 Hear this, you who trample the needy
and do away with the poor of the land,

“When will the New Moon be over
that we may sell grain,
and the Sabbath be ended
that we may market wheat?”—
skimping on the measure,
boosting the price
and cheating with dishonest scales,
6 buying the poor with silver
and the needy for a pair of sandals,
selling even the sweepings with the wheat.

7 The Lord has sworn by himself, the Pride of Jacob: “I will never forget anything they have done.

Commentary
Verses 1-3 — Amos saw a basket of summer fruit gathered, and ready to be eaten; which signified, that the people were ripe for destruction, that the year of God's patience was drawing towards a conclusion. Such summer fruits will not keep till winter, but must be used at once. Yet these judgments shall not draw from them any acknowledgement, either of God's righteousness or their own unrighteousness. Sinners put off repentance from day to day, because they think the Lord thus delays his judgments.

Verses 4-7 — The rich and powerful of the land were the most guilty of oppression, as well as the foremost in idolatry. They were weary of the restraints of the sabbaths and the new moons, and wished them over, because no common work might be done therein. This is the character of many who are called Christians. The sabbath day and sabbath work are a burden to carnal hearts. It will either be profaned or be accounted a dull day. But can we spend our time better than in communion with God? When employed in religious services, they were thinking of marketings. They were weary of holy duties, because their worldly business stood still the while. Those are strangers to God, and enemies to themselves, who love market days better than sabbath days, who would rather be selling corn than worshipping God. They have no regard to man: those who have lost the savor of piety, will not long keep the sense of common honesty. They cheat those they deal with. They take advantage of their neighbor's ignorance or necessity, in a traffic which nearly concerns the laboring poor. Could we witness the fraud and covetousness, which, in such numerous forms, render trading an abomination to the Lord, we should not wonder to see many dealers backward in the service of God. But he who thus despises the poor, reproaches his Maker; as it regards Him, rich and poor meet together. Riches that are got by the ruin of the poor, will bring ruin on those that get them. God will remember their sin against them.

A Reading from the New Testament
Acts 8:1b-8
Philip’s Ministry in Samaria
8:1b On that day a great persecution broke out against the church in Jerusalem, and all except the apostles were scattered throughout Judea and Samaria. 2 Godly men buried Stephen and mourned deeply for him. 3 But Saul began to destroy the church. Going from house to house, he dragged off both men and women and put them in prison.

4 Those who had been scattered preached the word wherever they went. 5 Philip went down to a city in Samaria and proclaimed the Messiah there. 6 When the crowds heard Philip and saw the signs he performed, they all paid close attention to what he said. 7 For with shrieks, impure spirits came out of many, and many who were paralyzed or lame were healed. 8 So there was great joy in that city.

Commentary
Verses 1-4 — Though persecution must not drive us from our work, yet it may send us to work elsewhere. Wherever the established believer is driven, he carries the knowledge of the gospel, and makes known the preciousness of Christ in every place. Where a simple desire of doing good influences the heart, it will be found impossible to shut a man out from all opportunities of usefulness.

Verses 5-8 — As far as the gospel prevails, evil spirits are dislodged, particularly unclean spirits. All inclinations to the lusts of the flesh which war against the soul are such. Distempers are here named, the most difficult to be cured by the course of nature, and most expressive of the disease of sin. Pride, ambition, and desire after grandeur have always caused abundance of mischief, both to the world and to the church. The people said of Simon, This man is the great power of God. See how ignorant and thoughtless people mistake. But how strong is the power of Divine grace, by which they were brought to Christ, who is Truth itself! The people not only gave heed to what Philip said, but were fully convinced that it was of God, and not of men, and gave up themselves to be directed thereby. Even bad men, and those whose hearts still go after covetousness, may come before God as his people come, and for a time continue with them. And many wonder at the proofs of Divine truths, who never experience their power. The gospel preached may have a common operation upon a soul, where it never produced inward holiness. All are not savingly converted who profess to believe the gospel.