The NIV Couples Devotional — Digging Out of a Little Sin 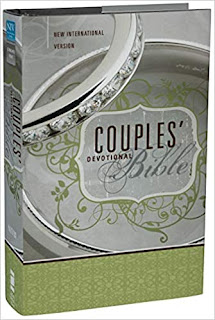 “Israel has sinned; they have violated my covenant, which I commanded them to keep. They have taken some of the devoted things; they have stolen, they have lied, they have put them with their own possessions.”
— Joshua 7:11
I’m tempted to cry, “Not fair!” upon reading the story of Achan. First, it doesn’t seem like that big of a deal for him to have taken some treasure as a reward for victory in battle. And second, all of the Israelites were held responsible for the sin of one man who had stolen and hidden plunder after the battle of Jericho against God’s direct command. Because of the “small” sin of one man, God punished all of Israel by withdrawing his blessing and allowing the people to be humiliated and defeated at the battle of Ai.

I remember when my young children would complain that a punishment was too harsh for their “teeny” disobedience. I’d bring up Adam and Eve’s teeny bite of the forbidden fruit. I’d ask them how many bites of the fruit it would have taken to become a punishable act. They got it—that it’s not the size of the disobedience but the meaning behind it that’s the problem. Like Achan, Adam and Eve disrespected God by their disobedience.

Likewise, in marriage, individual actions reflect one’s commitment to the marriage covenant. When I’m tempted to do something selfish, I ask myself two questions: (1) “How would I feel if Grey did this?” and (2) “How would I feel if our children found out?” I’m stopped in my tracks every time. So, something like an “innocent” email exchange with an old flame is now revealed to my own heart for what it is: betrayal.

Achan’s other sin was the cover-up; he deceitfully hid the plunder he had stolen. But eventually, the truth was revealed, just as it is in twenty-first-century families. A woman writes in her journal about her intimate relationship with another man. She thinks no one will ever know. But one day, her husband does the unthinkable; he decides to clean all the books on the bookshelf and discovers the diary behind the dusty volumes. Or a husband thinks he can cover his gambling losses by taking greater risks that promise bigger payoffs. But when the bank statement arrives with a negative balance—and his wife gets the mail—the whole family suffers the painful consequences of financial loss.