Women of the Bible — The Woman with the Issue of Blood 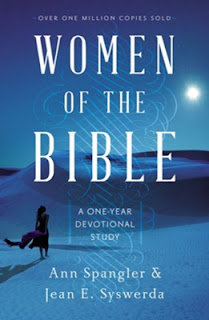 The Woman with the Issue of Blood

Her character: So desperate for healing, she ignored the conventions of the day for the chance to touch Jesus.
Her sorrow: To have suffered a chronic illness that isolated her from others.
Her joy: That after long years of suffering, she finally found peace and freedom.
Key Scriptures: Matthew 9:20-22; Mark 5:25-34; Luke 8:43-48

The woman hovered at the edge of the crowd. Nobody watched as she melted into the throng of bodies—just one more bee entering the hive. Her shame faded, replaced by a rush of relief. No one had prevented her from joining in. No one had recoiled at her touch.

She pressed closer, but a noisy swarm of men still blocked her view. She could hear Jairus, a ruler of the synagogue, raising his voice above the others, pleading with Jesus to come and heal his daughter before it was too late.

Suddenly the group in front of her shifted, parting like the waters of the Jordan before the children of promise. It was all she needed. Her arm darted through the opening, fingers brushing the hem of his garment. Instantly, she felt a warmth spread through her, flushing out the pain, clearing out the decay. Her skin prickled and shivered. She felt strong and able, like a young girl coming into her own—so glad and giddy, in fact, that her feet wanted to rush her away before she created a spectacle by laughing out loud at her quiet miracle.

But Jesus blocked her escape and silenced the crowd with a curious question: "Who touched me?"

"Who touched him? He must be joking!" voices murmured. "People are pushing and shoving just to get near him!"

Shaking now, the woman fell at his feet: "For twelve years, I have been hemorrhaging and have spent all my money on doctors but only grown worse. Today, I knew that if I could just touch your garment, I would be healed." But touching, she knew, meant spreading her defilement—even to the rabbi.

Twelve years of loneliness. Twelve years in which physicians had bled her of all her money. Her private affliction becoming a matter of public record. Every cup she handled, every chair she sat on could transmit defilement to others. Even though her impurity was considered a ritual matter rather than an ethical one, it had rendered her an outcast, making it impossible for her to live with a husband, bear a child, or enjoy the intimacy of friends and family. Surely the rabbi would censure her.

But instead of scolding and shaming her, Jesus praised her: "Daughter, your faith has healed you. Go in peace and be freed from your suffering."

His words must have been like water breaching a dam, breaking through her isolation, and setting her free. He had addressed her not harshly, but tenderly—not as "woman" or "sinner," but rather as "daughter." She was no longer alone, but part of his family by virtue of her faith.

That day, countless men and women had brushed against Jesus, but only one had truly touched him. And instead of being defiled by contact with her, his own touch had proven the more contagious, rendering her pure and whole again.

God promises to heal us. That statement may seem to fly in the face of the many who have suffered from illness and disability for years on end, but we need to remember that our concept of healing is not necessarily the same as God's. For some, healing may not take place here on earth. True healing—the healing that will cure even those who don't suffer from any particular physical ailment here on earth—will take place not here but in heaven. There, God promises the ultimate healing from our sickness, our disabilities, our inclination to sin.

This devotional is drawn from Women of the Bible: A One-Year Devotional Study of Women in Scripture by Ann Spangler and Jean Syswerda. Used with permission.
The woman hovered at the edge of the crowd. Nobody watched as she melted into the throng of bodies—just one more bee entering the hive. Her shame faded, replaced by a rush of relief. No one had prevented her from joining in. No one had recoiled at her touch.
Posted by Kenny at 12:04:00 AM