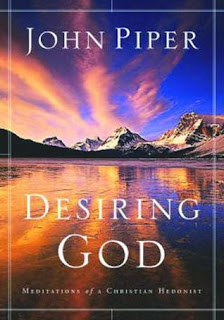 Possible with God
“I have other sheep that are not of this fold. I must bring them also, and they will listen to my voice.”
— John 10:16
God has a people in every people group. He will call them with Creator power. And they will believe! What power is in these words for overcoming discouragement in the hard places of the frontiers!

The story of Peter Cameron Scott is a good illustration. Born in Glasgow in 1867, Scott became the founder of the Africa Inland Mission. But his beginnings in Africa were anything but promising.

His first trip to Africa ended in a severe attack of malaria that sent him home. He resolved to return after he recuperated. This return was especially gratifying to him because this time, his brother John joined him. But before long, John was struck down by fever.

All alone, Peter buried his brother and, in the agony of those days, recommitted himself to preach the gospel in Africa. Yet his health gave way again, and he had to return to England.

How would he ever pull out of the desolation and depression of those days? He had pledged himself to God. But where could he find the strength to go back to Africa? With man, it was impossible!

He found strength in Westminster Abbey. David Livingstone’s tomb is still there. Scott entered quietly, found the tomb, and knelt in front of it to pray. The inscription reads:

OTHER SHEEP I HAVE WHICH ARE NOT OF THIS FOLD; THEM ALSO I MUST BRING.

He rose from his knees with a new hope. He returned to Africa. And today, the mission he founded is a vibrant, growing force for the gospel in Africa.

If your greatest joy is to experience the infilling grace of God overflowing from you for the good of others, then the best news in all the world is that God will do the impossible through you for the salvation of the hidden peoples.
God has a people in every people group. He will call them with Creator power. And they will believe!
Posted by Kenny at 1:03:00 AM