Ichthus Ministries Daily Devotions — A Tool or a Son? 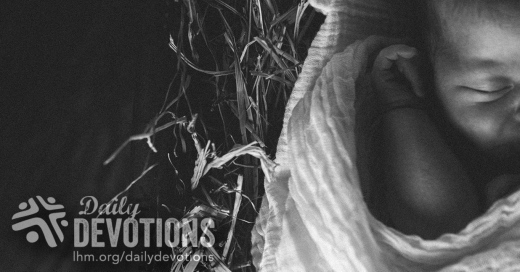 Thus says the LORD to His anointed, to Cyrus, whose right hand I have grasped, to subdue nations before him ... I will go before you and level the exalted places, I will break in pieces the doors of bronze and cut through the bars of iron, I will give you the treasures of darkness and the hoards in secret places, that you may know that it is I, the LORD, the God of Israel, who call you by your name. For the sake of My servant Jacob, and Israel My chosen, I call you by your name, I name you, though you do not know Me. I am the LORD, and there is no other, besides Me there is no God; I equip you, though you do not know Me, that people may know, from the rising of the sun and from the west, that there is none besides Me.

Isaiah 45 is a prophecy about Cyrus, king of Persia—the king who would one day allow the God's people to return home from exile to their own country. You remember the story—how the Israelites did evil and worshipped other gods, year after year, century after century, until God's patience ended and He sent them into exile in a foreign country. They spent 70 years there grieving—missing home, missing even their God—as one singer wrote, "How shall we sing the LORD's song in a foreign land?" (Psalm 137:4)

But God would not leave them there forever. And so He spoke to Isaiah ahead of time, telling them about a king who would let them go home again—a man named Cyrus of Persia.

Now Cyrus was not a believer. God makes this clear when He says, "For the sake of My servant Jacob, and Israel My chosen, I call you by your name, I name you, though you do not know Me." God chose Cyrus to be a tool, to do a job—to send God's people home and to support the rebuilding of the temple in Jerusalem.

Did Cyrus ever become a believer? We don't know. Yes, he claimed that God had blessed him and given him the job of rebuilding the temple. But then, that was quite a common thing for kings and emperors to do—a public relations stunt, a way of getting on the good side of the local people and the local gods, if they existed. Cyrus may have done exactly the same thing for a dozen other places he ruled.

From our point of view, it doesn't matter. God used Cyrus as a tool, and the result was a blessing for God's people.

But from Cyrus' point of view, it definitely mattered. Because God can use people in two different ways, either as tools or as children. And we all know what happens to tools. They get used and put away, lent out, lost, passed on to others—but eventually every tool wears out. Tools are good, but they are not forever.

But children—ah, there's the difference. When God uses His child to do something, the action grows right out of the love between Father and child. Children are not disposable. Children are forever.

We see this best in our Lord Jesus Christ, used by His Father to rescue the entire world. He willingly chose to suffer and die for our sake, and to rise from the dead, three days later. He was not a mere tool. He knew exactly what His Father wanted, and He did it with all His heart. Jesus is a child, the Son of God. And you, too, are a child—if you trust in Jesus and have the Holy Spirit living in you.

Lord, make me Your child and not just Your tool. Amen.

1. What are your favorite tools?

2. If you have children, how have you used them in the past?

3. How is God using you in your life right now?

Use these devotions in your newsletter and bulletin! Used by permission; all rights reserved by the Int'l LLL (LHM).
Isaiah 45 is a prophecy about Cyrus, king of Persia—the king who would one day allow the God's people to return home from exile to their own country.