Ichthus Ministries Daily Devotions — When a Fellow Christian Sins Against You 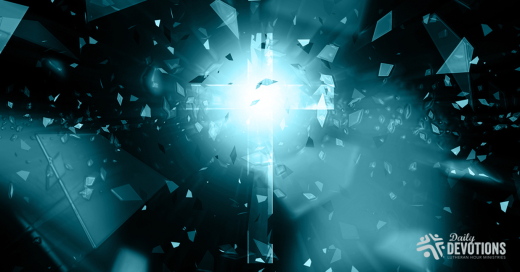 When a Fellow Christian Sins Against You

(Jesus said) "If your brother sins against you, go and tell him his fault, between you and him alone. If he listens to you, you have gained your brother. But if he does not listen, take one or two others along with you, that every charge may be established by the evidence of two or three witnesses. If he refuses to listen to them, tell it to the church. And if he refuses to listen even to the church, let him be to you as a Gentile and a tax collector."

Matthew 18 isn't my all-time favorite chapter of the Bible. That's because Jesus tells us how to handle things when a fellow believer sins against us—and I really don't like confronting people, even gently. I'd rather run away and hide. It's just easier to stew about it—treasure up my resentment—complain to other people—well, you get the idea!

But Jesus isn't having that nonsense. He is very straightforward: "Go and talk privately to that person ... If that doesn't work, bring a couple of others who can bear witness to it ... and if that doesn't work, 'let him be to you as a Gentile and a tax collector.'"

Oh, goody! says my sinful heart. You mean that, if he refuses to listen, I get to give up on him? I get to ignore him and treat him as some heathen outcast, the way the Jews treated the Gentiles and tax collectors? Because I'm totally up for that, Lord!

Ah, no. As a professor of mine, Dr. Holst, pointed out to us in Greek class long ago, "Think about it. How exactly did Jesus treat Gentiles and tax collectors? ... He loved them all the more."

My teacher was right. What did Jesus do to such people? I'll tell you: He died for them. He rose for them. He told them the good news of forgiveness of sins. He prayed for them. And He sent His church as missionaries to them.

You may have someone in your life who has sinned against you, who has hurt you, and has not repented. And you may have gone through all the Matthew 18 steps with them, and they still don't listen. What now?

Treat them as a non-Christian. That is, treat them with the same urgent love and concern and prayer that you would a person who has never heard or believed in the Gospel.

Ask the Lord to help you work out exactly what that means in your specific situation, and seek wise counsel if you are in doubt. It might mean sharing the Gospel with them all over again, as if they had never heard it. It might mean you yourself end up keeping a safe distance and praying for them while God sends someone else to reach them more directly. No matter. Whatever God leads you to do, it will be a response that is ultimately motivated by love—by a real concern for their wellbeing, a concern that echoes Jesus' own redeeming love.

Dear Lord, give me both wisdom and your own deep love for those who have sinned against me. Amen.


1. What do you usually do when someone sins against you?

2. Have you ever followed the Matthew 18 steps? (Don't break confidentiality in your answer.)

3. How do you love your enemies with both wisdom and mercy?

Use these devotions in your newsletter and bulletin! Used by permission; all rights reserved by the Int'l LLL (LHM).
Matthew 18 isn't my all-time favorite chapter of the Bible. That's because Jesus tells us how to handle things when a fellow believer sins against us—and I really don't like confronting people, even gently.
Posted by Kenny at 12:06:00 AM