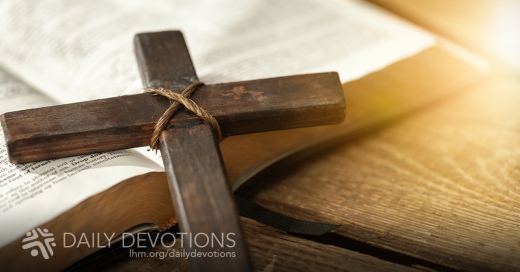 "Not What You'd Expect"

Rejoice greatly, O daughter of Zion! Shout aloud, O daughter of Jerusalem! Behold, your King is coming to you; righteous and having salvation is He, humble and mounted on a donkey, on a colt, the foal of a donkey. I will cut off the chariot from Ephraim and the war horse from Jerusalem; and the battle bow shall be cut off, and He shall speak peace to the nations; His rule shall be from sea to sea, and from the River to the ends of the earth. As for you also, because of the blood of My covenant with you, I will set your prisoners free from the waterless pit. Return to your stronghold, O prisoners of hope; today I declare that I will restore to you double.

Zechariah is one of those Old Testament books that packs a big message. Most likely written during the time of Israel's deportation to Babylon in the sixth century B.C., Zechariah's words gave the Jewish exiles a message of hope and encouragement. Though times were tough for them, there were brighter days ahead. Their king was coming. Sometime distant, Israel would experience the reign of a king greater than David and Solomon.

And how would Israel know this?

Because He will come to them "mounted on a donkey, on a colt, the foal of a donkey." How else does a King arrive who will "speak peace to the nations," whose reign will extend from "sea to sea"?

You could almost excuse Israel for not knowing, except for the fact that they had been told of this King's arrival—more than 400 years earlier! Fortunately, this detail wasn't lost on Gospel writers Luke (Luke 19:28-40) or Matthew: "This took place to fulfill what was spoken by the prophet, saying, 'Say to the daughter of Zion, Behold, your King is coming to you, humble, and mounted on a donkey, on a colt, the foal of a beast of burden'" (Matthew 21:4-5).

How it must have been for those faithful Jews who went to the temple, earnestly tuned in for clues from God concerning the coming Messiah. Surely, there were those who witnessed Jesus' Palm Sunday ride into Jerusalem who knew what was going on, who knew God had come to visit His people. They were saying among themselves, "There He is! There's the One we've been waiting for—God's Anointed Ruler, our promised Messiah!"

Finally, the Hope of Israel had arrived—forecasted by Zechariah centuries before. His entry into Jerusalem was marked—not by the pomp and circumstance of a Roman chariot—but by the slow gait of a donkey. And on it was a Man marked for death, headed in a few short hours to a rough wooden cross.

God surely works in mysterious ways, doesn't He? The Lord and Ruler of the Universe coming to us on "a colt, the foal of a donkey." Quite the irony.

THE PRAYER: Heavenly Father, Your plan of redemption is a marvel to behold. Give us faith to trust in You all the days ahead. In Jesus' Name. Amen.


1. How are your powers of observation? Are you intuitive to people and circumstances?

2. Why do you think God waits so long sometimes between promise and fulfillment?

3. The Lord of the universe rode into Jerusalem on a donkey. Are there life lessons to take from that simple fact?

This Daily Devotion was written by Paul Schreiber. Use these devotions in your newsletter and bulletin! Used by permission; all rights reserved by the Int'l LLL (LHM).
How are your powers of observation? Are you intuitive to people and circumstances?
Posted by Kenny at 12:02:00 AM