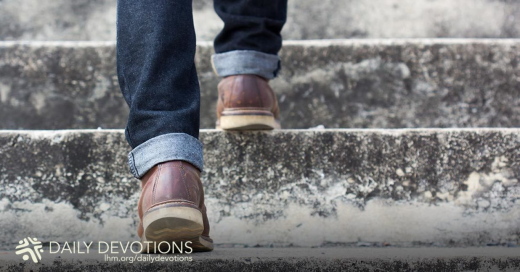 These twelve Jesus sent out, instructing them, "Go nowhere among the Gentiles and enter no town of the Samaritans, but go rather to the lost sheep of the house of Israel. ... Brother will deliver brother over to death, and the father his child, and children will rise against parents and have them put to death, and you will be hated by all for My Name's sake. But the one who endures to the end will be saved. When they persecute you in one town, flee to the next, for truly, I say to you, you will not have gone through all the towns of Israel before the Son of Man comes. So have no fear of them ... And do not fear those who kill the body but cannot kill the soul. Rather fear Him who can destroy both soul and body in hell. Are not two sparrows sold for a penny? And not one of them will fall to the ground apart from your Father. But even the hairs of your head are all numbered. Fear not, therefore; you are of more value than many sparrows. So everyone who acknowledges Me before men, I also will acknowledge before My Father who is in heaven, but whoever denies Me before men, I also will deny before My Father who is in heaven."

Here Jesus is sending His disciples on a mission trip—without Him. Their destination was "the lost sheep of the house of Israel." Their task was to do what Jesus did—"heal the sick, raise the dead, cleanse lepers, cast out demons" (Matthew 10:8a). In other words: put into practice all they learned from Jesus over the last several months.

Needless to say, the disciples' tour was met with mixed reviews. On the upside, all the healing, cleansing, and casting out of demons were likely warmly received. But the raising the dead part—now that might have been just a little over the top. ("It's nice to see Abner again, but I was just getting used to him being gone.") Still, even this, terrifying as it must have been to these Jews, probably isn't what unsettled them most about the disciples' visit.

It was the tiresome message tacked on to their preaching about the approaching kingdom of God. "So they went out and proclaimed that people should repent" (Mark 6:12). Now we've got a problem. As the disciples passed through the countryside, those they met could handle the miracles, even process the extreme cases involving illness or death. But repentance—"Whoa, buddy! Let's slow it down a bit. In fact, better yet, why don't you just mosey on down the road, and we'll call it good."

Here God shows His hand. In this world there are countless things that besiege us as humans—and God can cure them all. But an unrepentant heart—a heart turned away from Him and His offer of grace and forgiveness—is the reason Jesus came, and died, and rose again. Just like those whom the disciples met, we too must heed God's call for repentance.

Among those first traveling disciples was Peter, who later delivered a similar message to a much larger audience in Jerusalem (non-Jews included): "Repent and be baptized every one of you in the Name of Jesus Christ for the forgiveness of your sins, and you will receive the gift of the Holy Spirit" (Acts 2:38).

THE PRAYER: Heavenly Father, Your call to faith is on every one of our lives. Give us hearts of daily repentance and new lives that burn brightly for You. In Jesus' Name we pray. Amen.


1. Have you ever gone on a mission trip to a foreign country? How was that experience?

2. Jesus tells His disciples things could get hard for them. How would you react to such news before entering the mission field?

3. Do you spend much time repenting for your sins? Do you feel you need to?