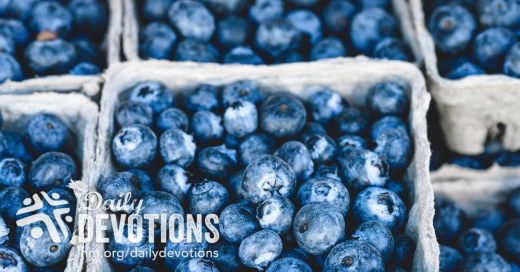 Now in these days when the disciples were increasing in number, a complaint by the Hellenists arose ... And the twelve summoned the full number of the disciples and said, "It is not right that we should give up preaching the word of God to serve tables. Therefore, brothers, pick out from among you seven men of good repute, full of the Spirit and of wisdom, whom we will appoint to this duty ..." And what they said pleased the whole gathering, and they chose Stephen, a man full of faith and of the Holy Spirit, and Philip, and Prochorus, and Nicanor, and Timon, and Parmenas, and Nicolaus, a proselyte of Antioch.

Acts 6 tells us that the new Christian church had the habit of giving out food to those who needed it every day, much like our modern food banks. A lot of the recipients were widows—women who had no husbands or grown children to care for them. So the church took care of them, and this was good.

But even in those days there were groups that didn't get along well with one another. For example, there were the Hellenists, who were Jews who had picked up a lot of foreign Greek culture. Then there were the so-called Hebrews, who rejected all that foreign stuff. There were people from both groups in the baby Christian church. And sure enough, there was trouble.

The Hellenists complained their widows were getting overlooked in the food distribution. But notice what the church did! They didn't just blow off their complaint. They didn't argue or respond with complaints of their own. No, they listened. They took the problem seriously. The whole church treated this problem as if it were happening to them personally, regardless of ethnic group.

Then they figured out a solution. They chose seven leaders who were "of good repute, full of the Spirit and of wisdom." They weren't just warm bodies, or the first seven people they could guilt into taking the job. No, these were the best. And notice their names! Every single name on that list is a Greek name. The leaders' hearts were so open and loving that they made sure the people appointed to handle the problem came from the very ethnic group that was suffering.

Where does this kind of love come from, that can look at "those people" and see them as "us people"? Only from Jesus. He is the only One who can break down cultural and ethnic walls in such a complete and wonderful way. And no wonder, because He Himself is our peace—with God and with one another. As Paul writes, "But now in Christ Jesus, you who once were far off have been brought near by the blood of Christ. For He Himself is our peace, who has made us both one and has broken down in His flesh the dividing wall of hostility ... through the cross ... For through Him we both have access in one Spirit to the Father. So then you are no longer strangers and aliens, but you are fellow citizens with the saints and members of the household of God, built on the foundation of the apostles and prophets, Christ Jesus Himself being the Cornerstone" (Ephesians 2:13-14, 16b, 18-20).

THE PRAYER: Father, help us to love one another with Jesus' own love. Amen.

2. What would it take for you to think of them as "us people"?

3. What first step might you take in Jesus' love to begin thinking of them as "us people"?

This Daily Devotion was written by Dr. Kari Vo. Use these devotions in your newsletter and bulletin! Used by permission; all rights reserved by the Int'l LLL (LHM).
Who do you think of as "those people"?
Posted by Kenny at 12:02:00 AM