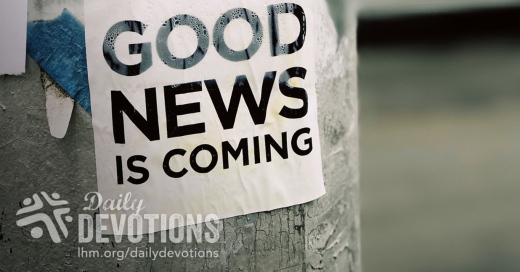 
"How Important Is It, Anyway?"

Now while Paul was waiting for them at Athens, his spirit was provoked within him as he saw that the city was full of idols. So he reasoned in the synagogue with the Jews and the devout persons, and in the marketplace every day with those who happened to be there. Some of the Epicurean and Stoic philosophers also conversed with him. And some said, "What does this babbler wish to say?" Others said, "He seems to be a preacher of foreign divinities"—because he was preaching Jesus and the resurrection.

Of course, we know better. But this tells us that Paul spent a lot of time talking about the resurrection—probably more than we're used to hearing, even in church. Of course, it's important. But is it that important?

Yes—yes, it is! But why? There are so many reasons, and here are just a few. When God raised Jesus from the dead, it was the first real proof that our long nightmare of death and destruction was ending. Here, finally, was the first human being who had passed through death and come out the other side—never to die again. That's good news!

But there's more. By raising Jesus from the dead, God made it clear that everything Jesus said and did had God's stamp of approval. God would never raise a liar from the dead! But He raised Jesus. And so God says to the whole world, "This is My dear Son. Listen to Him!" (See Luke 9:35.)

There's even more. We know that Jesus died on the cross to take away the power of sin, guilt, and evil over our lives. His death set us free. But forgiveness is invisible. If Jesus had stayed dead, how could we be sure He had set us free from sin? We would always wonder, wouldn't we? But not now—because He has risen from the dead, and many eyewitnesses have seen Him. And the very first thing He said to the disciples gathered together in that locked room was "Kairete!" which is usually translated as "Greetings!" But if we take it literally, it means "Rejoice!"

Now that Jesus has risen from the dead, we have every reason to rejoice. The One we love the most in the world is alive again, and we will never lose Him. And He has opened paradise to us and to everyone who belongs to Him. This is what the resurrection means.

THE PRAYER: Dear Father, thank You for raising Your Son Jesus from the dead, and for letting us know and believe this wonderful news. Amen.


1. Do you think most of the people you live and work with know about Jesus' resurrection? Why or why not?

2. How often do you hear about the resurrection in your life?

3. Are there other reasons why the resurrection means so much to you?

This Daily Devotion was written by Dr. Kari Vo. Use these devotions in your newsletter and bulletin! Used by permission; all rights reserved by the Int'l LLL (LHM).
Do you think most of the people you live and work with know about Jesus' resurrection? Why or why not?
Posted by Kenny at 12:02:00 AM