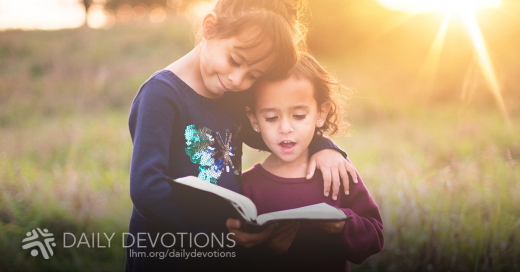 
"Awake, My Heart, with Gladness"


♫ "The foe in triumph shouted, When Christ lay in the tomb; But lo, he now is routed, his boast is turned to gloom, For Christ again is free; In glorious victory, He who is strong to save, Has triumphed o'er the grave.

"Now hell, its prince, the devil, Of all their pow'r are shorn; Now I am safe from evil, And sin I laugh to scorn. Grim death with all its might, Cannot my soul affright; It is a pow'rless form, Howe'er it rave and storm." ♫

Jesus' body had been taken down from the cross, prepared for burial, and sealed in a tomb. What was Satan thinking on that first Good Friday? Did the evil one, who was "a murderer from the beginning" (John 8:44b), rejoice when the Son of God was crucified? From the beginning, from Eden, Satan sought to undermine the Word and then, in time, the Word made flesh. Confronting Jesus in the wilderness, Satan tried unsuccessfully to turn the Savior from the path set before Him. The devil put betrayal into Judas' heart, and the disciple traded his Master for silver coins (see John 13:2). At His arrest in Gethsemane, Jesus, for the sake of our salvation, willingly submitted to His captors and to "the power of darkness" (Luke 22:53b).

But if the ancient serpent thought he had won, he was greatly mistaken. The devil "now is routed," our hymn proclaims, and so he was. On the first Easter morning Jesus rose from the dead "in glorious victory." Jesus took on our flesh and blood so that "through death He might destroy the one who has the power of death, that is, the devil" (Hebrews 2:14b). The innocent Lamb of God carried our sins in His own body to the cross, the sins by which Satan had hoped to separate us from God forever. By His death and resurrection, Jesus took the power of sin and death from Satan's hand. Grim death is now "a pow'rless form, howe'er it rave and storm" against us. Jesus has "triumphed o'er the grave" and, at His return, so will we!

When the sins we have confessed still trouble us, when we doubt that we can ever be forgiven, we look to the cross and empty tomb. For there, Satan, our enemy and accuser, fell in defeat. Thrashing purposefully in his death throes, Satan still seeks to tempt us and turn us from God and His Word, but the weapons of sin and death that the enemy once wielded to such devastating effect have been torn from his grasp. "Now I am safe from evil, and sin I laugh to scorn." Our sins are forgiven, washed away in Jesus' blood. Death and the grave will not hold us because death and the grave could not hold our Lord.

"He who is strong to save has triumphed o'er the grave!"

THE PRAYER: Lord Jesus, by Your death and resurrection You have won the victory over sin, death, and Satan. In the power of the Holy Spirit, lead us to share with others the good news of the forgiveness and life found only through faith in Your Name. Amen.


1. What did Satan hope to gain by his temptations of Jesus in the wilderness?

2. Do you believe you have a real and lasting victory over sin and the devil in your life?

3. How much of defeating Satan on a daily basis hinges on your prayer life and your trust in God?

This Daily Devotion was written by Dr. Carol Geisler. It is based on the hymn, "Awake, My Heart, with Gladness."
What did Satan hope to gain by his temptations of Jesus in the wilderness?
Posted by Kenny at 12:02:00 AM