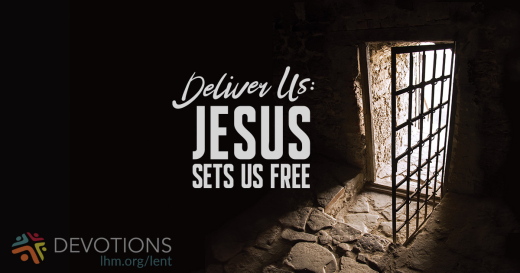 And He (Jesus) entered the temple and began to drive out those who sold and those who bought in the temple, and He overturned the tables of the money-changers and the seats of those who sold pigeons. And He would not allow anyone to carry anything through the temple. And He was teaching them and saying to them, "Is it not written, 'My house shall be called a house of prayer for all the nations'? But you have made it a den of robbers."

If you read the Gospels, you could easily make a case that this is the turning point—the moment when the chief priests and religious leaders made up their minds to kill Jesus. Up to this point, Jesus has done many things which annoyed the leaders—He has healed on the Sabbath, run rough-shod over human traditions such as hand-washing rules, criticized their hypocrisy, and become hugely popular with the people. But when Jesus threw the merchants out of the temple, He was tackling corruption in the house of God itself—in God's church, which they considered their personal property. It was the source of their money, prestige, and power—and He was cleaning out their wickedness.

Evil within the church is perhaps the worst kind of evil, because it masquerades as good. The businesses Jesus threw out were there to make money, yes—but their excuse was that they were supplying animals for sacrifice. People would buy these animals for use during worship. The moneychangers were useful to worshippers who came from foreign places, but they were also involved in banking activities—including acts that broke the Law of Moses and exploited the poor.

Never mind the excuses. God, in the Person of Jesus Christ, wasn't having any of it. He was going to sweep it clean. The temple was for God, period—not for money, not for power or prestige, not for any human activity that was not in accord with God's own heart.

God still feels this way—about the church, and about your heart. If you let Him, He will sweep these holy places clean. He will make them places of worship, places where God's people can be free to love God and one another. Will you let Him?

THE PRAYER: Lord, cleanse Your church—and cleanse my heart, too. Amen.

Lenten Devotions were written by Dr. Kari Vo. Use these devotions in your newsletter and bulletin! Used by permission; all rights reserved by the Int'l LLL (LHM).
What do you like most about cleaning? What do you hate?