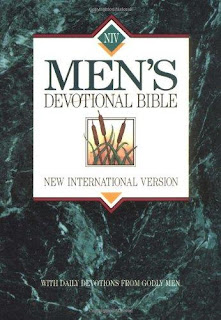 He wanted to see who Jesus was, but because he was short he could not see over the crowd.

Everyone in town knew him, but nobody liked him. He threw the worst parties and was always the first one drunk on his horribly cheap wine. It’s not as though he couldn’t afford anything better. Zacchaeus sat atop the whole dirty, tax-collecting heap, and from their years of overpaying collectors, the savvy residents of Jericho knew their money could buy better wine.

So when a rumor started that a well-known teacher from the backwater of Galilee who had a penchant for waxing eloquent about money matters was making his way to Jericho, you can bet the person everyone least expected to see in the welcoming party was Zacchaeus. To everyone’s surprise, the little man, dressed to the nines, showed up anyway. This teacher was, after all, growing extremely popular, and maybe it would do the collection agency’s reputation some good to see its chief officer rubbing shoulders with a hero of the working class. But when the day arrived, if Zacchaeus had come to be seen, the irony was only too apparent when it was he who had trouble seeing.

The crowds had started at the city gate where Jericho’s main drag began its meandering path through the city. Despite his compromised stature, Zacchaeus had always loved a crowd—crowds meant influence and power, not to mention a concentration of taxable pocketbooks. This small-town teacher’s people skills and crowd-gathering ability could come in handy for an unpopular political figure. If only Zacchaeus could see how this teacher did it.

Zacchaeus knew the parade route well, as he’d been a key figure in many of Jericho’s past spectacles. Picking up the fine linen hem of his garment, the short-legged tax collector hightailed it to a certain bend where the road took a dogleg left to get around a large sycamore tree near the center of town. He hadn’t climbed a tree since all his friends were still his height, and if all of Jericho hadn’t been down the road heralding the teacher, the crowd would have relished watching Zacchaeus fumble his way up the branches.

The only thing sillier than watching Zacchaeus climb up the tree was to see him come barreling out of it when the teacher called him by name: “Zacchaeus, come down immediately. I must stay at your house today” (Luke 19:5). The crowd must have groaned, knowing the dismal reputation of the tax collector’s social insensitivity. However, over the huffs, Zacchaeus’s voice rose up, “Here and now I’m a different person.” Whether or not he realized at that moment that the crowd was standing there has been a topic of conjecture ever since.

Back to the Future

Get the whole story of Zacchaeus in Luke 19:1–10.
Everyone in town knew him, but nobody liked him. He threw the worst parties and was always the first one drunk on his horribly cheap wine.