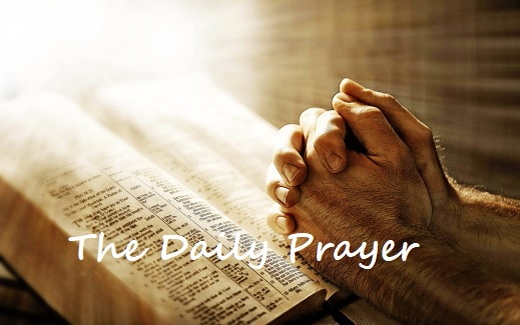 El Salvador’s Archbishop Oscar Romero said, “I have frequently been threatened with death. I must say that, as a Christian, I do not believe in death but in the resurrection. If they kill me, I shall rise again in the Salvadoran people. Martyrdom is a great gift from God that I do not believe I have earned. But if God accepts the sacrifice of my life, then my blood will be like the seed of liberty, and a sign of the hope that will soon become a reality.”

Lord, as humans we are always moving closer to death. Each morning is a reminder that our lives are fleeting gifts. But as your children, we are also always moving toward life. May this morning remind us that we are one day closer to the life that lasts forever. Amen.