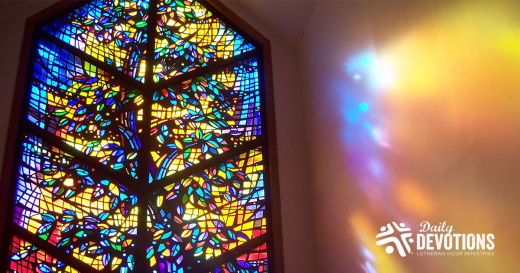 "Within the Father's House"

♫ "Within the Father's house, The Son has found His home, And to His temple suddenly, The Lord of life has come

"The secret of the Lord, Escapes each human eye, And faithful pond'ring hearts await, The full epiphany." ♫


The prophet Malachi foretold, "The Lord whom you seek will suddenly come to His temple" (see Malachi 3:1b). The incarnate Lord had been to His temple before, as an infant carried in the arms of His parents. At that visit, faithful Simeon and Anna recognized Him for who He was—the Lord and Messiah of Israel—the Lord whom they sought, the Lord for whom they had been waiting.

Now, 12 years later, the Messiah has once again come suddenly to His temple. This time He was not recognized. The teachers in the temple did not know that the boy Jesus was the Lord Himself, sitting among them, "listening to them and asking them questions" (Luke 2:46b), but they were amazed at the understanding and answers of the bright, inquisitive 12-year-old boy. Mary and Joseph, upon finding their missing Son, expressed their great distress. Yet where else would the Son of God be but in His Father's house? Still, it was not yet time for the "full epiphany," the full revelation of Jesus' identity as the Son of God and Israel's Messiah.

Called and enlightened by the Holy Spirit, we recognize the boy Jesus revealed in God's Word. We know and believe in Him as Lord and Christ. Like those teachers long ago, we listen to His wisdom from the pages of Scripture. But we also know much more about the Lord who came suddenly to His temple that day. Malachi prophesied that the coming Lord would be "like refiner's fire and like fuller's soap" (Malachi 3:2b). The Savior came to purify us, to wash us clean from our sins in His blood shed on the cross. He was crucified, He died and was buried. Then, on the third day after His death, the Messiah suddenly and unexpectedly appeared in the flesh—risen from the dead and bearing the marks of the nails in His hands and feet. On that bright Easter morning, Jesus' identity was revealed as He was "declared to be the Son of God ... by His resurrection from the dead" (Romans 1:4).

By the power of the Holy Spirit, we know and believe that Jesus—the infant in Bethlehem's manger, the 12-year-old boy in the temple, the crucified and risen Savior—is exactly who He claimed to be. He is the promised Messiah of Israel, the Son of God and our Lord and Savior. Still, we wait for our Lord's "full epiphany" when He comes again in glory—suddenly!—on the Last Day. With "faithful pond'ring hearts" we wait in hope for that great day when we will see and recognize our Lord: "For now we see in a mirror dimly, but then face to face" (1 Corinthians 13:12a).

THE PRAYER: Lord Jesus, as we await the full epiphany of Your return on the Last Day, may we, like You, find a home in our Father's house. Amen.

This Daily Devotion was written by Dr. Carol Geisler. It is based on the hymn, "Within the Father's House." Use these devotions in your newsletter and bulletin! Used by permission; all rights reserved by the Int'l LLL (LHM).
Do you ever think about Jesus as a young boy? What do you think He was like?