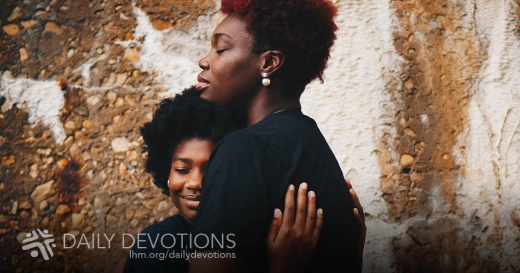 "Crying Out Against Evil"

And He (Jesus) told them a parable to the effect that they ought always to pray and not lose heart. He said, "In a certain city there was a judge who neither feared God nor respected man. And there was a widow in that city who kept coming to him and saying, 'Give me justice against my adversary.' For a while he refused, but afterward he said to himself, 'Though I neither fear God nor respect man, yet because this widow keeps bothering me, I will give her justice, so that she will not beat me down by her continual coming.'" And the Lord said, "Hear what the unrighteous judge says. And will not God give justice to His elect, who cry to Him day and night? Will He delay long over them? I tell you, He will give justice to them speedily. Nevertheless, when the Son of Man comes, will He find faith on earth?"

Jesus paints a picture of a woman who is suffering under the power of evil. She has an enemy, someone who has done wrong to her. The facts of the case are as clear as day. She knows that if only she can get her case into court, the judge will have to rule in favor of her.

But that's the rub. How is she to get her case into court? The local judge is corrupt. Getting on to his docket takes money or influence or both—and she doesn't have either.

What she does have is persistence. Day after day, she comes to that judge, crying, "Give me justice against my adversary." Day after day, he stops his ears. And yet he's getting tired of this. He's starting to dread every morning, when she pops up, sure as sunrise, to bother him yet again. Finally, he's worn out. He hears her case—not because he's good, but because he just can't take it anymore.

It's an entertaining story. But it takes an odd turn when Jesus goes on to compare God Himself to the unjust judge. What could they possibly have in common? Just one thing. Both will ultimately listen to cries for justice. The important thing is not to give up asking.

Have you suffered injustice in your own life? Are you suffering from it right now, and begging God to do something about it? If so, Jesus says you have come to the right place. God is no unjust judge who plans to let you suffer as long as possible. "Will not God give justice to His elect, who cry to Him day and night? Will He delay long over them?" Jesus asks. " I tell you, He will give justice to them speedily."

If you have suffered injustice, you know that every day of it seems like a century. You cry out to God, but where is He? You may begin to wonder if God hears you at all—if He cares what you're going through—if there's any point to praying.

It is to you that Jesus is speaking. "Don't give up!" He says. "The day of justice is coming. Trust in God. He has not forgotten you, no matter how long it seems."

Jesus should know—because He came into this world as God's answer to injustice. Long ago, in the garden of Eden, the devil tempted the first ancestors of the human race to rebel against God. He had no reason to do such a thing to us—no reason but hatred, that is. It was unjust, wicked, evil. And the human race has been living (and dying) with the results of it ever since.

We are not innocent, of course. We listened to the devil, and now we regret it. And generation after generation, we have been crying out to God, "Give us justice against our adversary!"

God heard that cry. God sent Jesus, our Savior, to destroy the power of the devil through His own suffering and death on the cross. Jesus came as our champion, the One who would work justice for us with His own right arm. And when He rose from the grave, God made it clear that Jesus' work had succeeded—that our case was won—that the devil had lost, and we were restored to God's kingdom. Now we wait for the final day when God carries out the sentence and all injustice is removed forevermore.

THE PRAYER: Lord, hear us who cry to You for help against evil. Have mercy on us. Amen.

This Daily Devotion was written by Dr. Kari Vo. Use these devotions in your newsletter and bulletin! Used by permission; all rights reserved by the Int'l LLL (LHM).
Have you ever made something good happen due to your sheer persistence?